LORDS OF THE COSMOS: Disciples of Umex Pinup #6 – Pencils

“From the ranks of the Disciples of Umex… The Savage Flesh Eating Cani-Bull, The Mindless Sonic devastation of the Sound Golem Groanus, and the sworn enemy of Ironshell, the Giant Turtle of the Lords of the Cosmos, the Gigantic Cybernetic Dragon- Ragewing…”

So the latest round of villains- Canibull has been in my head for a long time with Ragewing, Groanus was always a blank slate. I used a friend who is a body builder for muscle reference on Canibull for a shifty crouched pose.  He was my alternate take on Beast Man from M.O.T.U. and a Minotaur- the idea is he eats humans and controls Ragewing telepathically as a creature leader of sorts.

Ragewing really was an extension of how much my fans love my dragons and monsters- to do a technological/fantasy version of a “Lenox Dragon”.  I used a Crocodile as the basis for the head and really struggled to get a pose in the composition that worked, I was pleased with what came out of my sketchbook here.  This character is also my evil giant monster which is the antagonist to the good giant monster, Ironshell the Turtle, seen here.  The basic concept of this entire project was that the Lords of the Cosmos are a set of toys from the 1980’s so if there is a good giant creature, there has to be a bad giant creature, Ragewing fills that mandate.

Groanus was the REAL challenge from the writers…

Description: “A twisted giant created by the diabolical DOCTOR SMOG, this  tall and spindly beast is a slow moving monster of  destruction created as a front line shock trooper to cause retreat in the battle of good versus evil. Stupid and slow, the beast is nonetheless lethal if not destroyed early. The sound emanates from his nuclear lungs and passes over his teeth of diamonds, causing a whistling sound that can rip ear drums and crack a man’s teeth.”

I kept drawing a tall muscular guy with a big mouth with a filter inside it, and it was so flat, I knew where I wanted him from a composition point of view in the middle top left, and it just kept failing on me. Anyway, I had to tune out, and then stop thinking inside the box, and get out- if a big guy wasn’t working, then why a human at all?  So I used a dust mite, and a virus diagram both from online textbooks to make a non human unique character, and I couldn’t have been happier with the weird totem pole of tentacles, spindly legs and bizarre flower like face… a touch of H.P. Lovecraft perhaps influenced me here as well.

Anyway, below are my original thumbnail and final pencils- Enjoy! 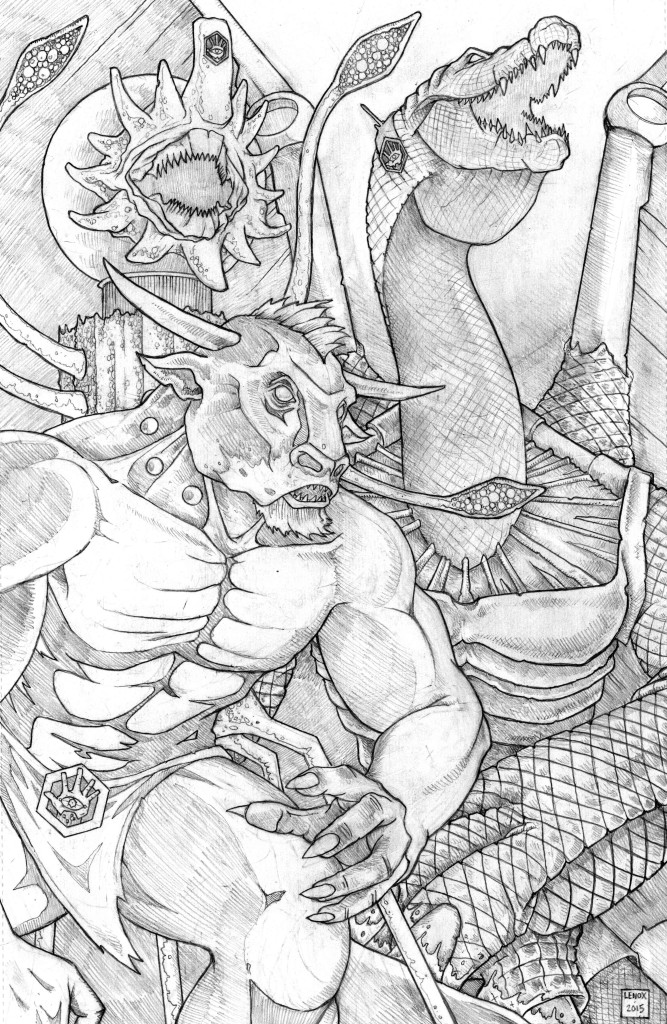 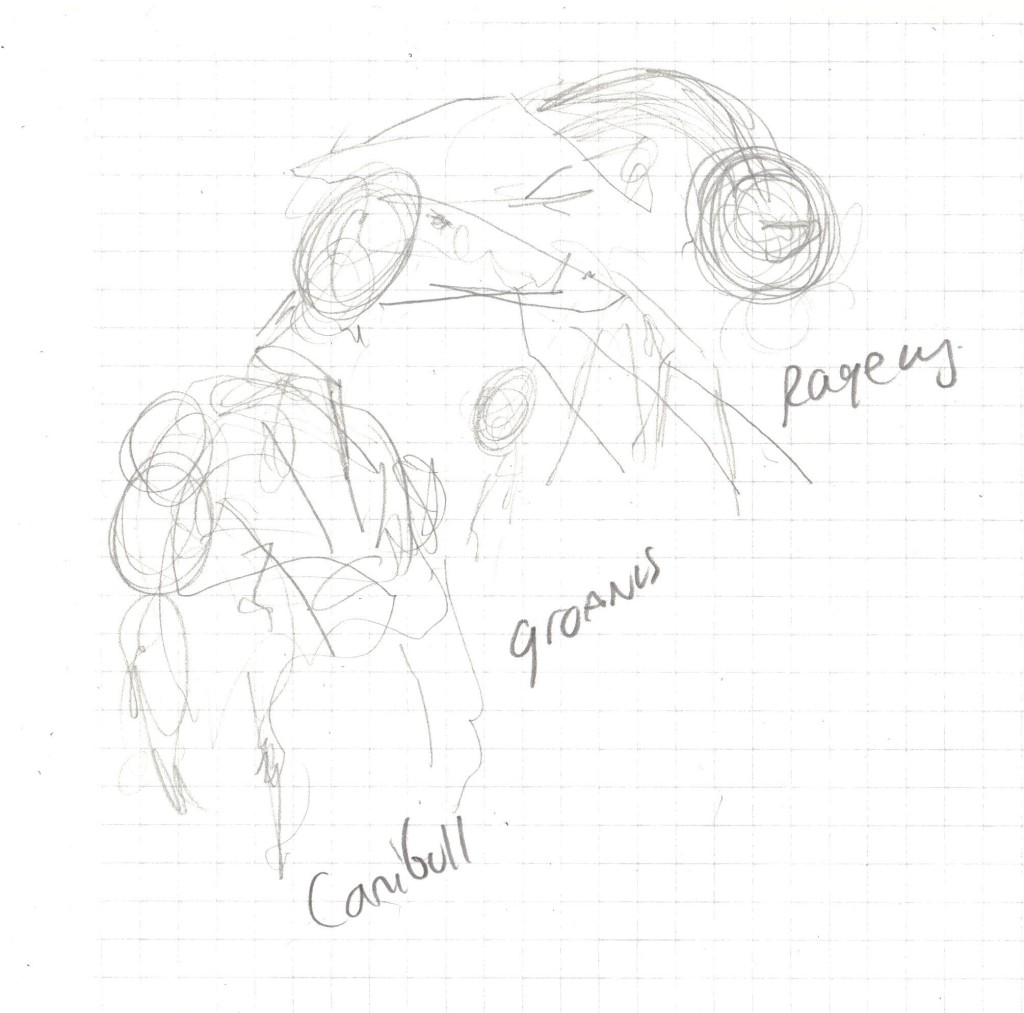