This is the final set of inks for the Sontaran Field Marshal pinup.  The big decision on this was the style of inking, I avoided large areas of black and white also known as chiaroscuro in favor of more of a series of endless gray tones and small details.  This was an editorial choice to show a drab interior of a sphere which is where the character is sitting.  While less bold in one way, the piece was designed to do the “Shock and Awe” thing to the viewer with an overload of detail, which I enjoy doing sometimes.  I used larger line weights to pull the foreground elements out of the background as opposed to fields of black behind the foreground to bring their shapes out.

I felt the piece was successful in the execution after it was completed.  When I can make things like cabled bundles of wires fascinating to look at, it’s a sensory overload on the detail.  Of note in the inking- the Tardis wording on the police box, it’s all there in ultra fine detail.  In addition working on the blasted Cybermen was like conducting surgery with my ultra fine pens, every little bit of detail I could cram in was pushed in until I couldnt fit anything else in the space.

Ultimately, I think this piece did justice to the Sontaran character and showed us a never really seen piece of the Dr. Who universe in ultra fine detail- the interior of a battle worn Sontaran command and control ship.  I think fans of these characters and creatures will enjoy the work that was put into the inking phase of this pinup. 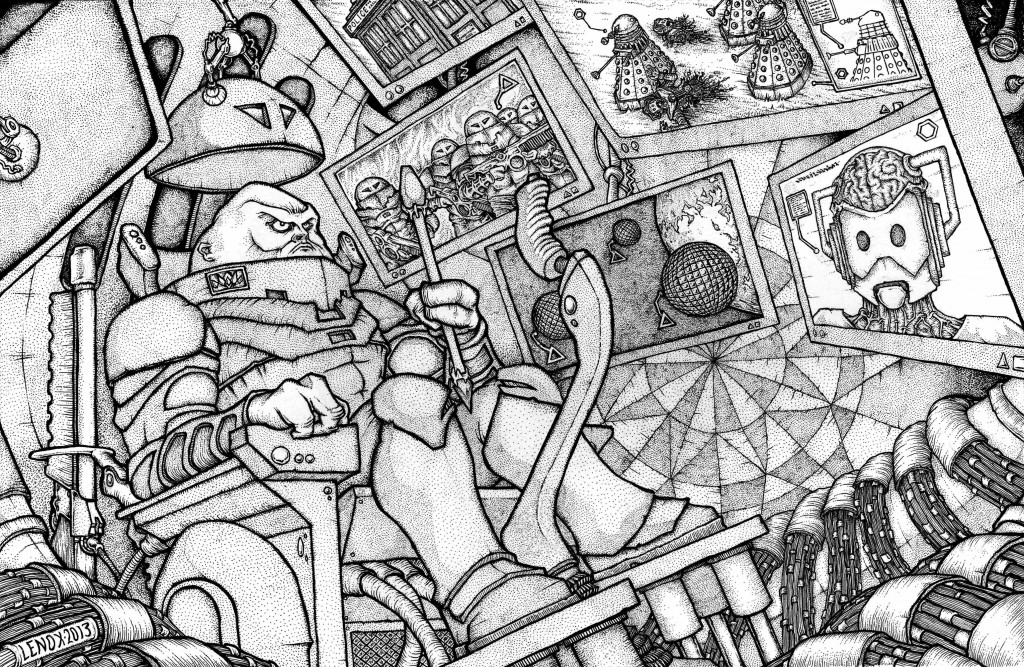