The Master’s catchphrase: I am the Master and you will obey me.

So from the Daleks, to the Sontarans, and now Dr. Who’s arch nemesis- THE MASTER.  The third of my five Doctor Who pinups featuring the villains of the show that I liked as a kid- THE MASTER was a stone cold nemesis to Dr. Who- the Moriarity to Who’s Holmes.

Some thoughts- as I see Dr. Fan art piling up at shows, I notice while there is about an endless supply of portraits of the actors that play the doctor and static TARDIS phone booths, we never, ever see pinups of the Master, and there have been six actors to play this amazing villain.  This piece is a tribute to Roger Delgado, who died in 1973 in a bizarre car accident filming a movie.  Mr. Delgado had personality and just nailed the character- he really looked “evil”, and played it to the hilt from 1971-73 as the first actor to play THE MASTER.  As a nod to the new fans, I added the laser screwdriver into his right hand which is a post 2006 weapon of choice for THE MASTER.

Also we rarely see THE MASTER’S DARK TARDIS so I wanted to give a unique view of that.  On the show- it was just a repainted version of Dr. Who’s- thanks cheap ass BBC.  I wanted it to be black and lit with red and orange lights, and have some crazy architecture and geometry, note the off axis circles that are not parallel on the lit ceiling and huge screens for viewing the time stream. The final visual cue is the classic TARDIS control panel in the middle as the focal point – of course the MASTER’s evil version!  Also to really fan art this thing out- Three MASTER episodes are included in the background on the view screens- “Claws of Axos” ( A Delgado Era Episode) with the AXOS monster and golden bug eyed version of AXOS, “The Deadly Assassin”- featuring an incarnation of THE MASTER faced by the 4th Doctor who was a decaying corpse hell bent on mayhem on Gallifrey, and finally “Spearhead in Space” with the animated plastic Autons going postal on a street with their gun hands and plastic faces (Another Delgado Era Episode).  These are three things I’ve never seen drawn at all, except some portraits of the Deadly Assassin, which were generic as all heck.  So basically this piece is just full to the brim with obscure, yet cool Dr. Who villain/monster imagery- focused on THE MASTER.  Overall with all of these pieces from the Whoniverse- I wanted to make them epic, unlike the cheap ass BBC show always seemed to be.  Now- I avoided the standard Daleks, and Cybermen… more on them in my next few pinups…. as I wanted to highlight some of the lesser known creatures from the show, which while cheaply done and normally fell short on the execution, always had great designs, they just never translated well onscreen with low tech Fx and stingy BBC budgets.

My story for the artwork is this is THE MASTER’s first foray into time, and he is holding a weapon from his future- laser screwdriver, and seeing scenes of the mayhem he will cause and looking at something we can’t see- perhaps his own death or the Time War in the new WHO continuity inside the DARK TARDIS.  I also had a VOTE SAXON sticker as a nod to the new show, but I think Ill drop that in the inks, it isnt working visually.

Now originally I did a piece that highlighted the DARK TARDIS’s large interior on a lot, it is cool, but not dynamic, but I scratched it for a more dynamic interior view for the episode nods on the walls and cool lighting- I sketched it on a business card before dinner with my wife this week (she was 30 minutes late and I was killing time) , thumbnailed it at home after dinner, and nailed the pencils the next day- all 4 pieces are included below, and my source material from the show.

FROM: Terror of the Autons

Rossini: Who the heck are you? Well?

The Master: I am usually referred to as the Master.

Rossini: Oh? Is that so?

THE MASTER IN THE DARK TARDIS Final Pencils 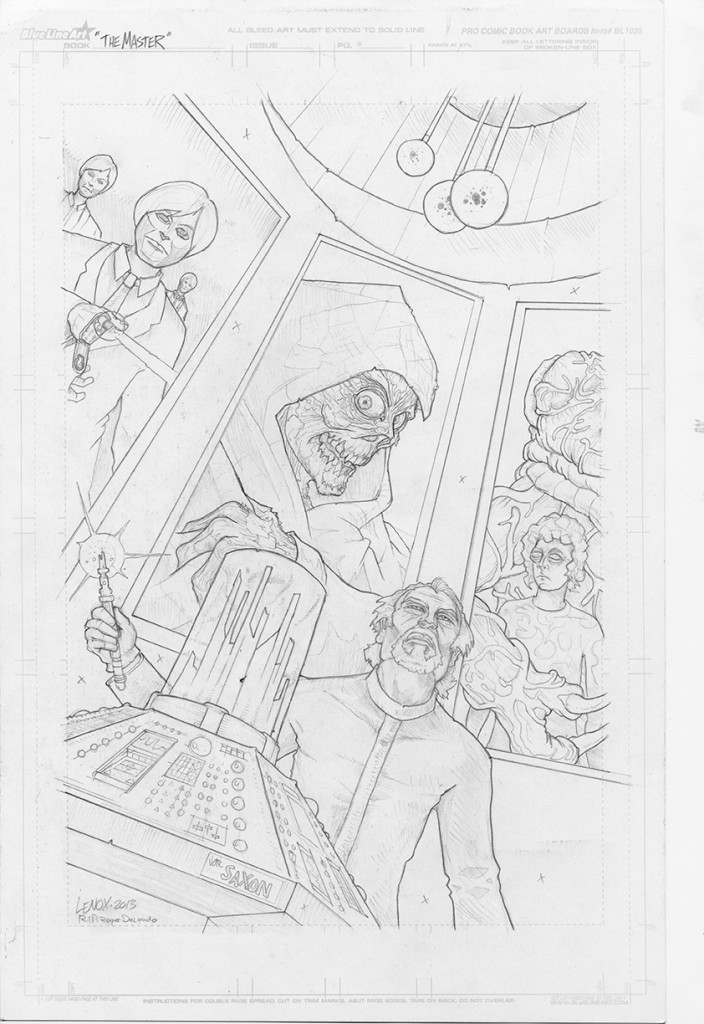 THE MASTER IN THE DARK TARDIS Rough Pencils 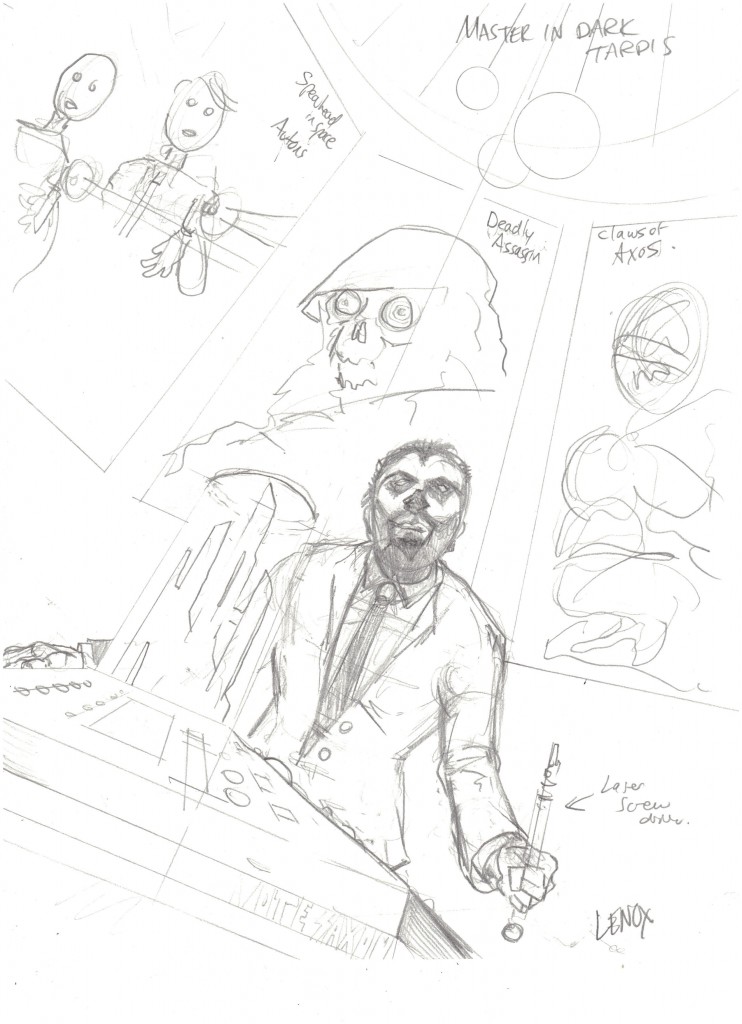 THE MASTER idea on back of a business card

THE MASTER AND DARK TARDIS STUDY 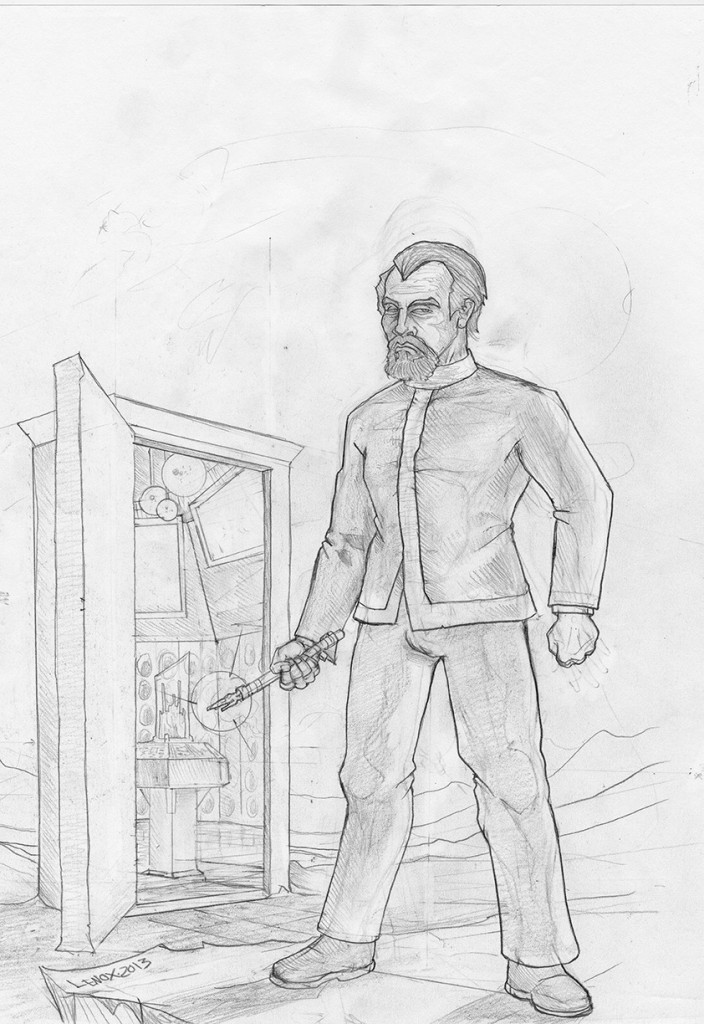 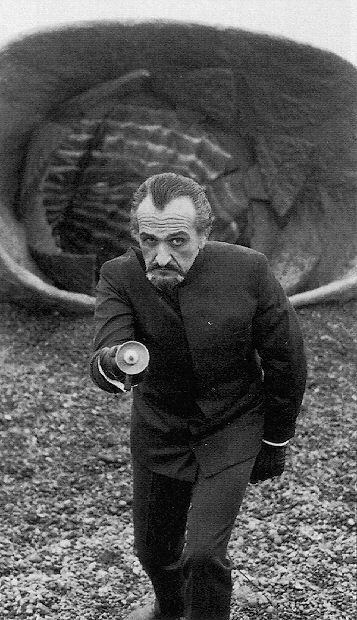 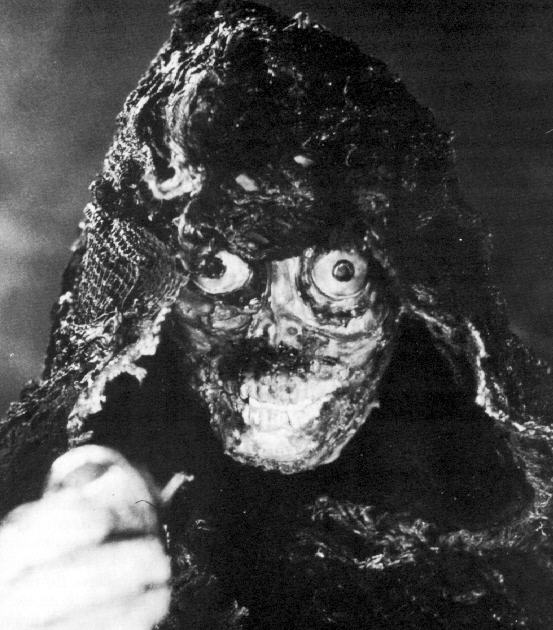 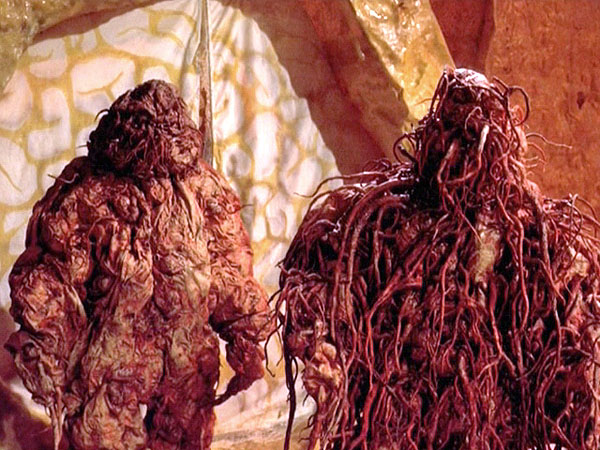