LORDS OF THE COSMOS: Aegeus and the Lords of the Cosmos Pinup #3 – Final Pencils

Lords of the Cosmos… ASSEMBLE!!- Four new heroes get their debut into our new universe….Aviteus, Mechaspring, Shar-dor the Ice Assassin and (one as yet to be named, go go writing team!)  Watch them swing into action against the evil of Umex and his Disciples!

Aviteus- a roughly humanoid hero with a bird head, arms with extended wings attached and two powerful legs ending in vicious bird claws. Descended from the great man-Rocs of old, Aviteus soars the skies of Aiden searching for the stain of Umex upon the land. Along with Green Man’s animal spies, Aviteus serves as scout and first striker for the Disciples of Umex. His massive talons can tear flesh and rend metal when their diamond tips are exposed, but by Aegeus’s order Aviteus keeps them shod in dragon-hide leathers. Though he respects Aegeus’s ethos and stalwart resolve he longs to feel the flesh of his foes rent asunder under the might of his magnificent talons

Mechaspring: An injured and escaped Slave who fled to the mysterious RUST MOUNTAINS, where he fashioned ancient Tek-Dwarf technology to make himself a new pair of legs and arms. Now he leaps from hiding to free other slaves, making him the bane of the slavers and Umex’s agents in the harsh RUST MOUNTAINS.

Shar-Dor – The Ice Assassin From the Frozen South, where the temperature never climbs above freezing, this jagged prince can form his body into icicles of death. He can melt himself down and reform into whatever shape meets his needs. He rides his great Polar Bear, GRAUL, and swings his ice scimitar. 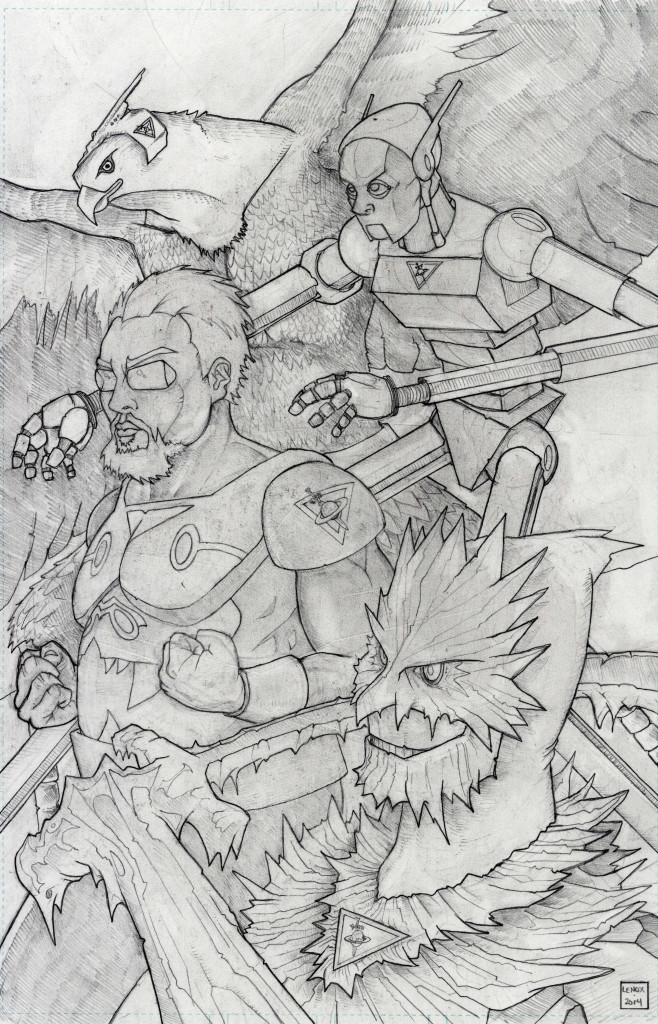