LORDS OF THE COSMOS: Aegeus and the Lords of the Cosmos Pinup #1 – Final Pencils

“Lord Aegeus and Queen Prizm leading the Wasp Soldier Vespulan, Cybernetic Elk Soldier Ant-Lor and their loyal Sargent at Arms the Savage Felinex! as they prepare to fight the evil UMEX and his legions of biologically and mechanically enhanced henchmen on the planet Aiden!”

LORDS OF THE COSMOS… ASSEMBLE!!!

So the flip side of the villains from the first LORDS OF THE COSMOS pinup here now we see the heroes assembling!

It the other side of a coin, reversed direction, but a similar layout/composition to the first pinup of Umex and company.  The hero’s logo worked out well and the demeanor and posture of these characters stand in stark contrast to the villains- this was a really fun piece that drew on my love for Greek Mythology- enjoy, I look forward to inking this in the next few days!  Thanks to my friends Stormy and Anna for giving me some great reference for Queen Prizm!

Below is my initial thumbnail and a design for Queen Prizm that gave me the initial idea for her pose and costume.

** Edited with new pencils after edits on the cat’s head- really needs some actual cat reference after I made the head for Hexalor 7 so realistic, see that artwork here for what I made after this on the evil cat character that made me go back and change this cat character .. and switched the main helmeted hero’s head to a profile- there were some fundamental errors on getting that helmet done correctly on an angle, and the female being a pure profile threw me off.  When I did the pure character study on Aegeus (see above from 11/26/2014) I really had to go back and get this one correct.  Since that newer art had his head on a slight angle, I could go and do this as a side profile and not duplicate myself- so below are the final pencils (top) and the one proceeding it below – internal monologue over!** 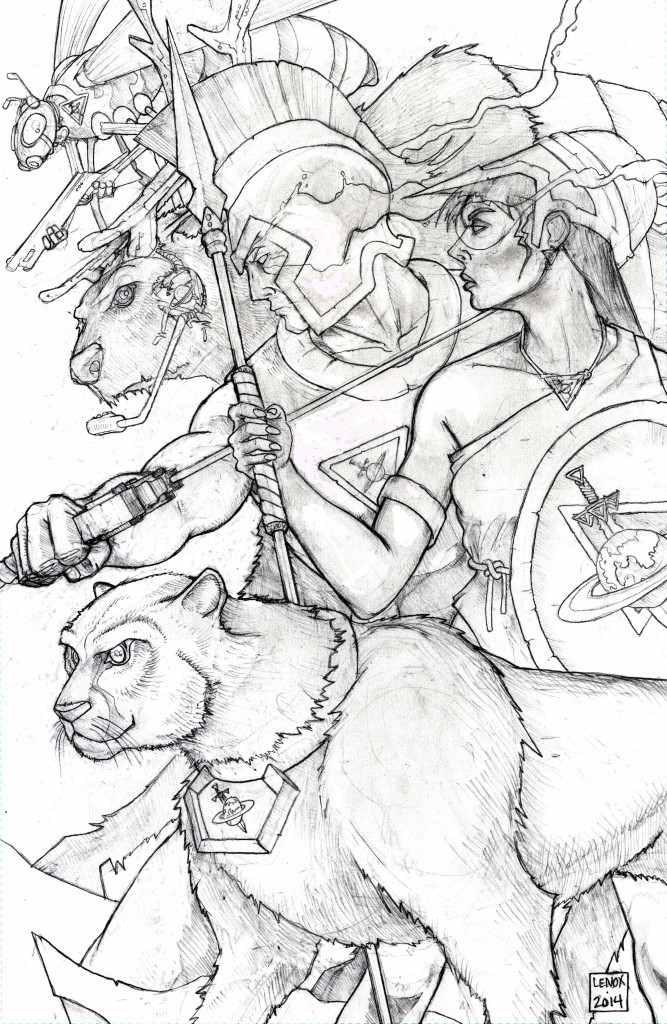 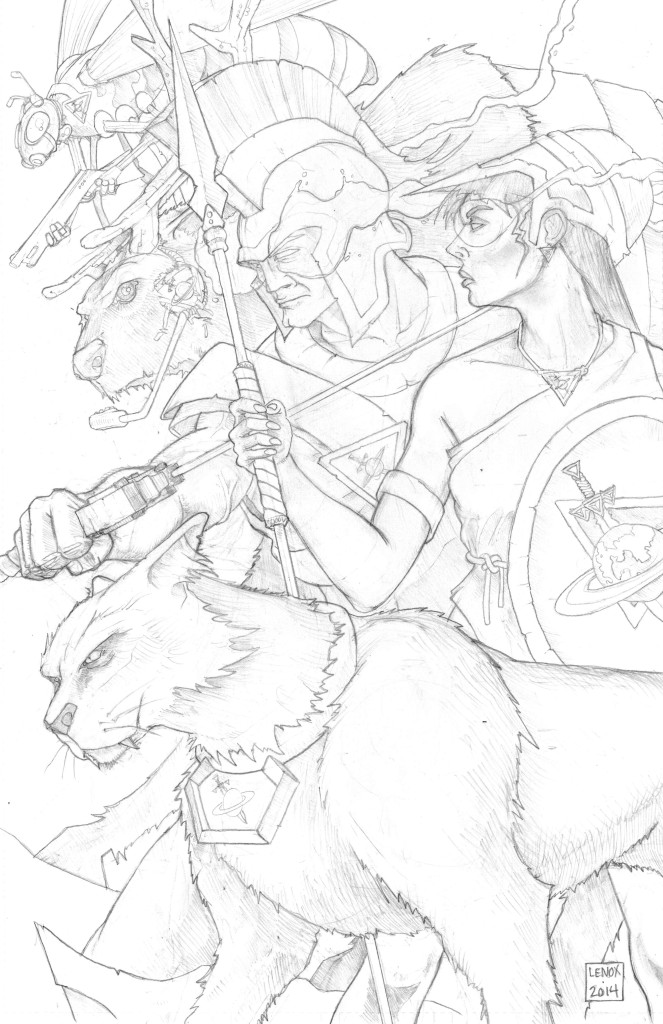 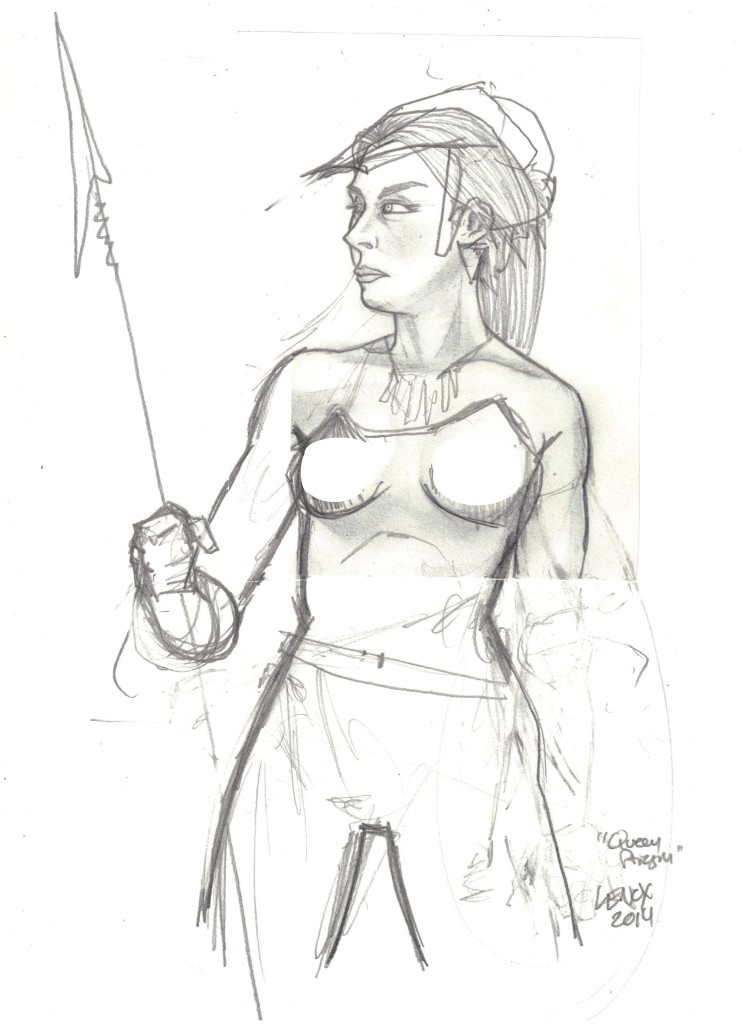 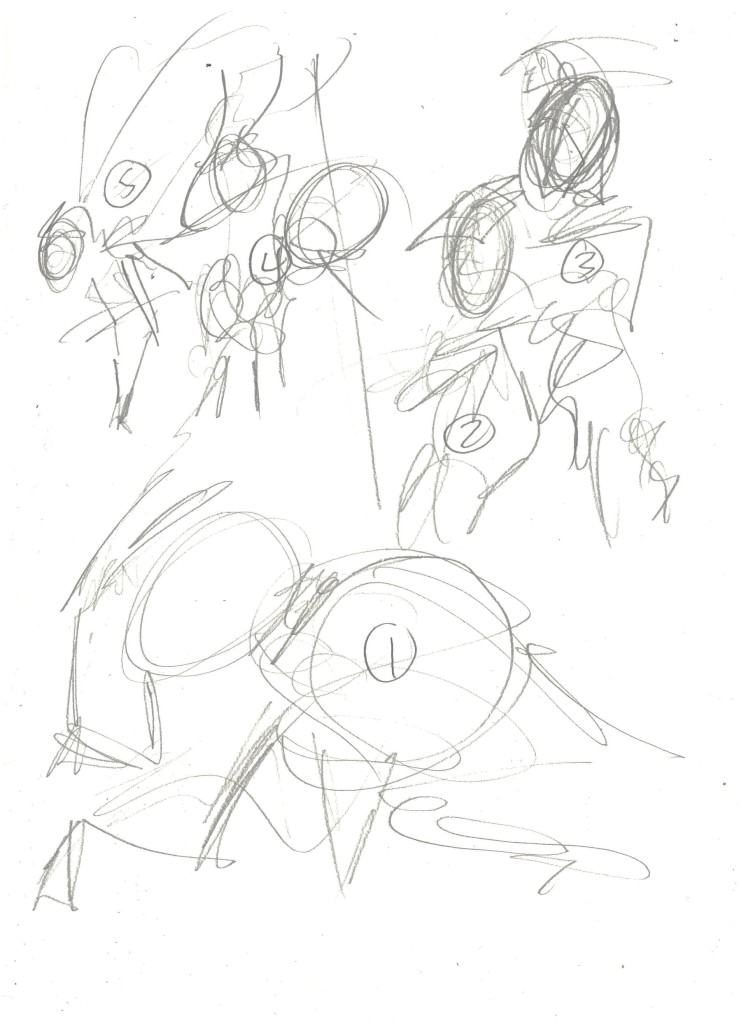