So my newest pinup is based on a Manga I am reading called “ATTACK ON TITAN” Which is basically a post apocalyptic future  where humanity lives in a walled city as the Earth is over-run by cannibalistic giants that eat people.  Right now I am on volume #6 and I quite enjoy the series.  As I work on building up my folio, I have an anime con coming up in January 2014, and I know this show is popular (it’s an anime as well, which I have not watched yet) so it should be a hit at shows, and since I like it… and who doesnt like cannibal giants…. I decided to do this piece as my newest project.

The layout and pencils took about a week to get where I wanted them- volume 6 detailed a new Giant that is a skinless woman, who is smarter than the average giant, and alot of the issue is her killing the “good guys” the SURVEY CORPS of the last bastion of humanity as they ride a bunch of horses around towards a forest- they use horses to get around, and wires with guns to launch the hooks from their hips to stab the giants in their necks… go read it or watch it to find out more on ATTACK ON TITAN… but I digress.

Anyway, I wanted to give the size of the female giant in this piece and at first in my thumbnail my thought was to go over her looking down with the soldiers on their wires trying to cut her- see below I didn’t think it worked.   Then I went with a straight forward Giant woman crouching with a horse running at the viewer- straight on, and not dynamic at all, but I liked the elements- then later that day, I was brushing my teeth, and just saw the thumbnail of the crouching giant in my head and moved my internal camera to the left and down and looked up- and saw the image rotated in my head. I made a rough sketch of the giantess from a worm’s eye view as a rough sketch, then made some traces of my rough sketch of the giant and a sketch right on tracing paper for the rider so I could move his image around on top of the Giant. After I was satisfied with the composition, I cleaned both images up , and then transferred it to a board and did the detailing.  Now this book has kinetic art, but weak on the detail, so I had to really guess and dig to find out the layout for the uniforms and monster body.  Id love to ink this book for the artist/creator Hajime Isayama and give his excellent layouts some of the detail they deserve, probably not going to happen, but It can’t hurt to dream a bit.  Enjoy the pencils, especially the guy getting crushed in the giant’s hand.  Take a look at the hand closeup below the finished pencils… it was fun to make that gruesome detail of the twisted and crushed limbs, I always love finding details like that in other artist’s work so I like to pay it forward to other fans to find this sort of thing. So be on the lookout…. Ill be inking this piece soon! 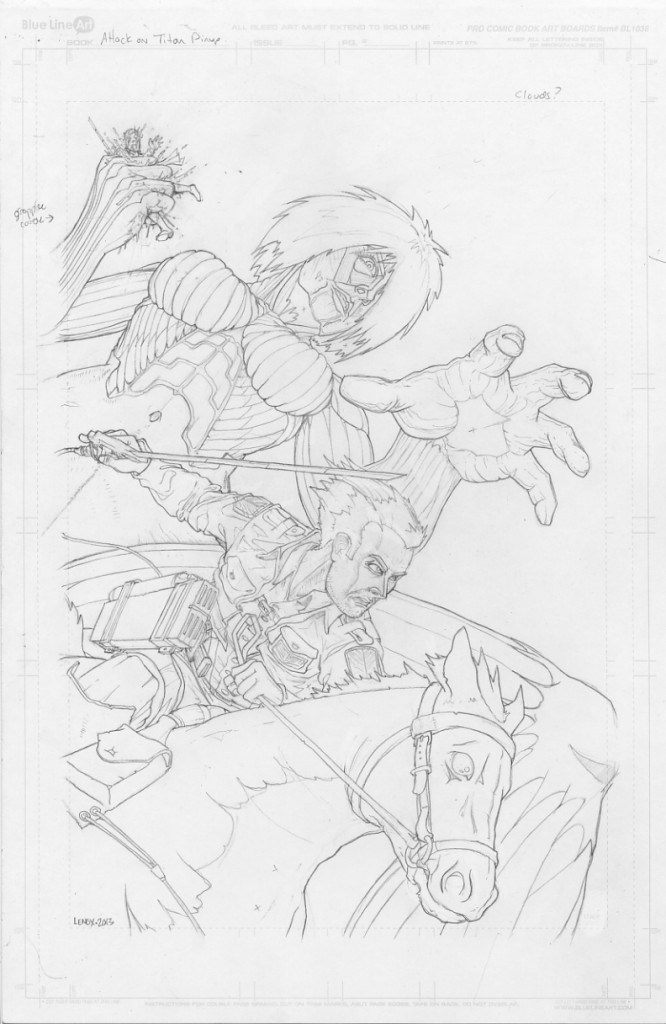 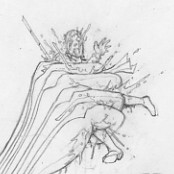 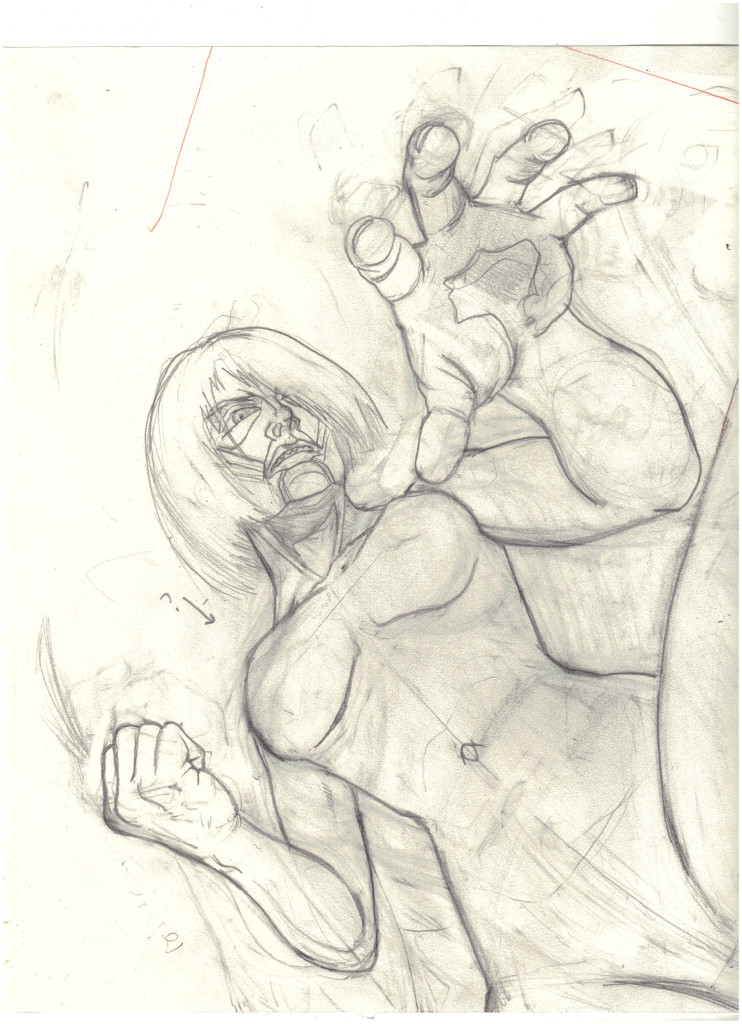 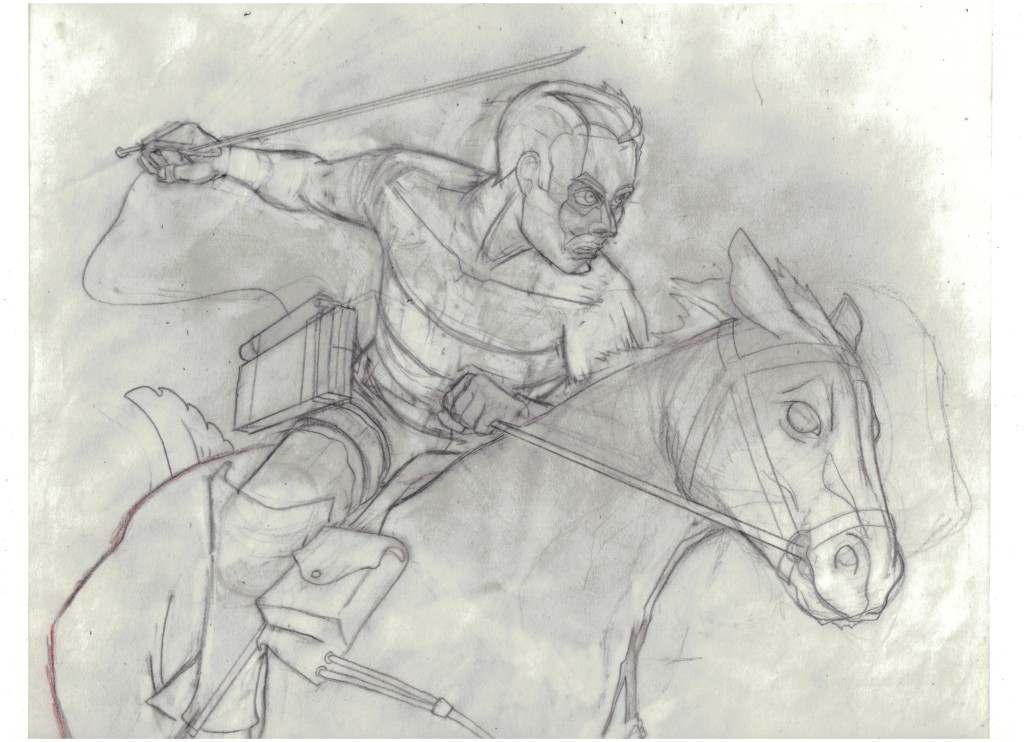 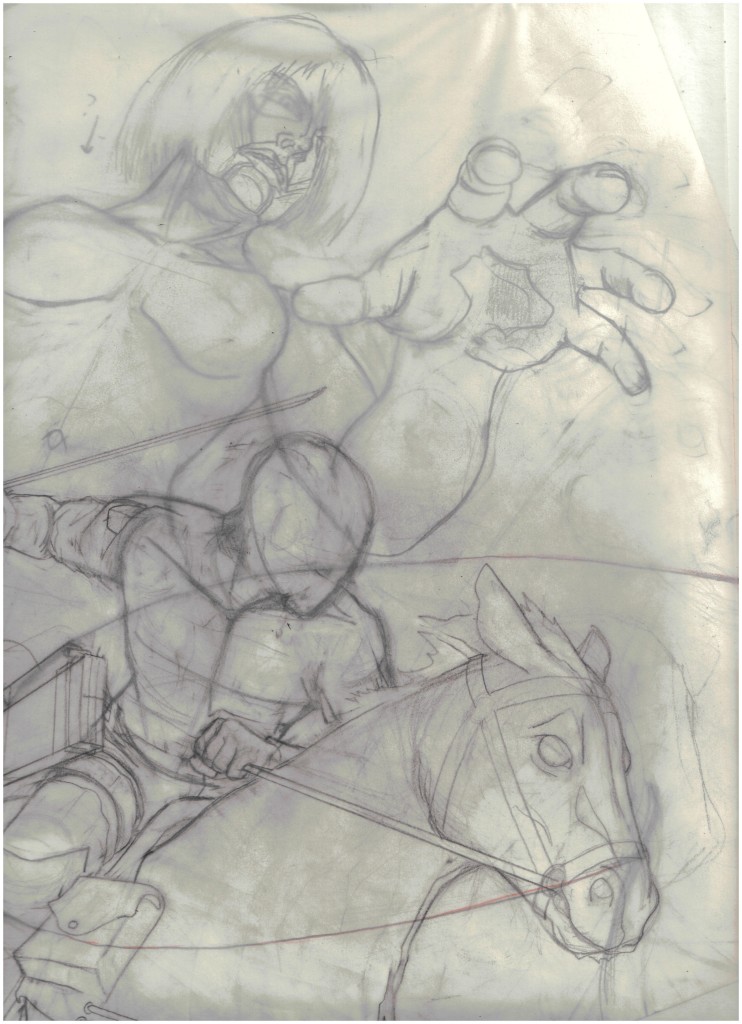 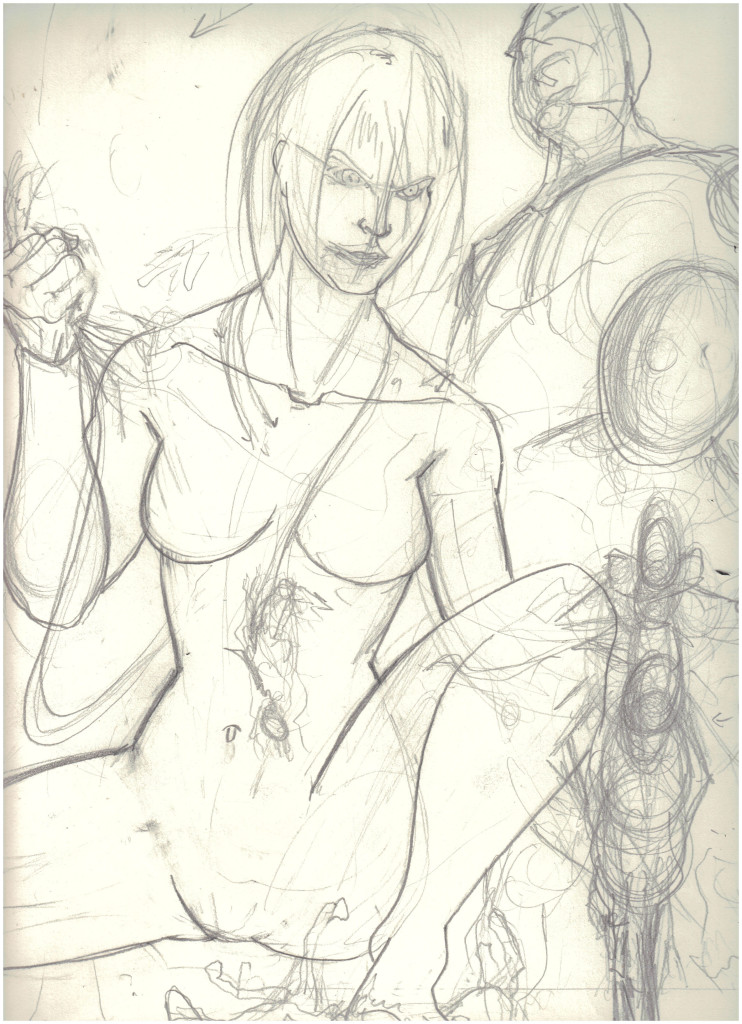 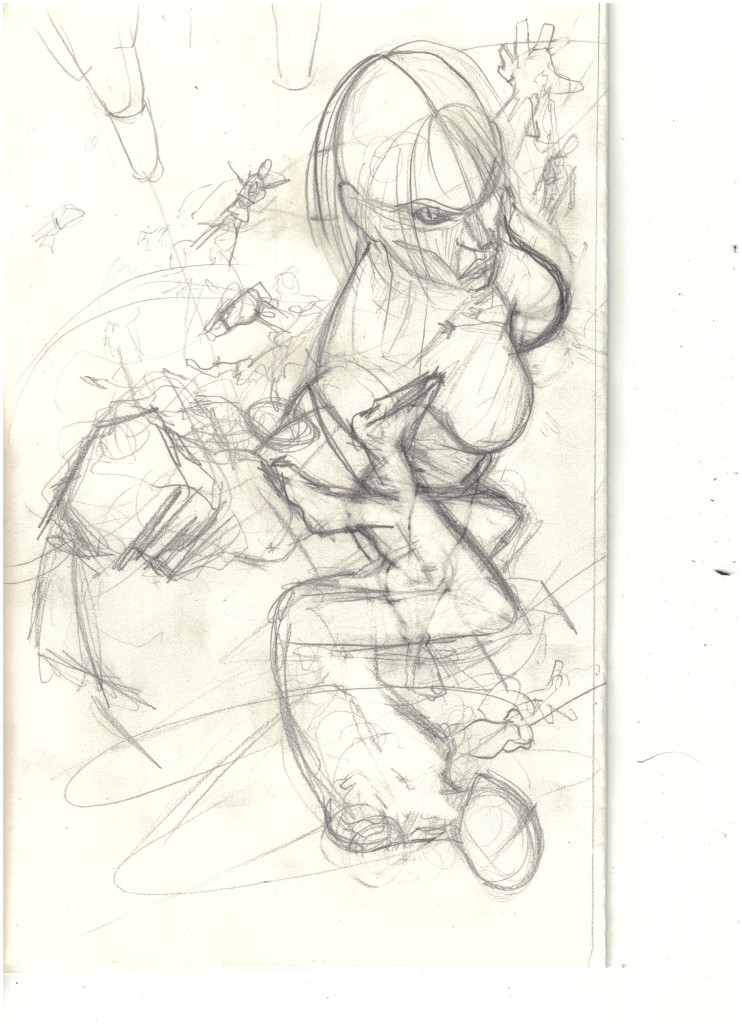 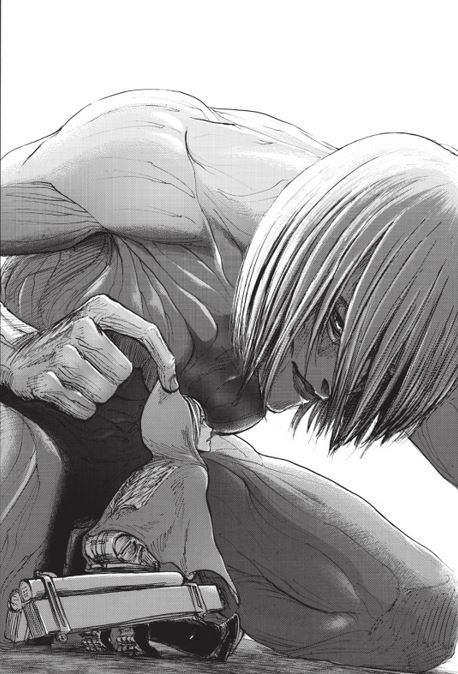 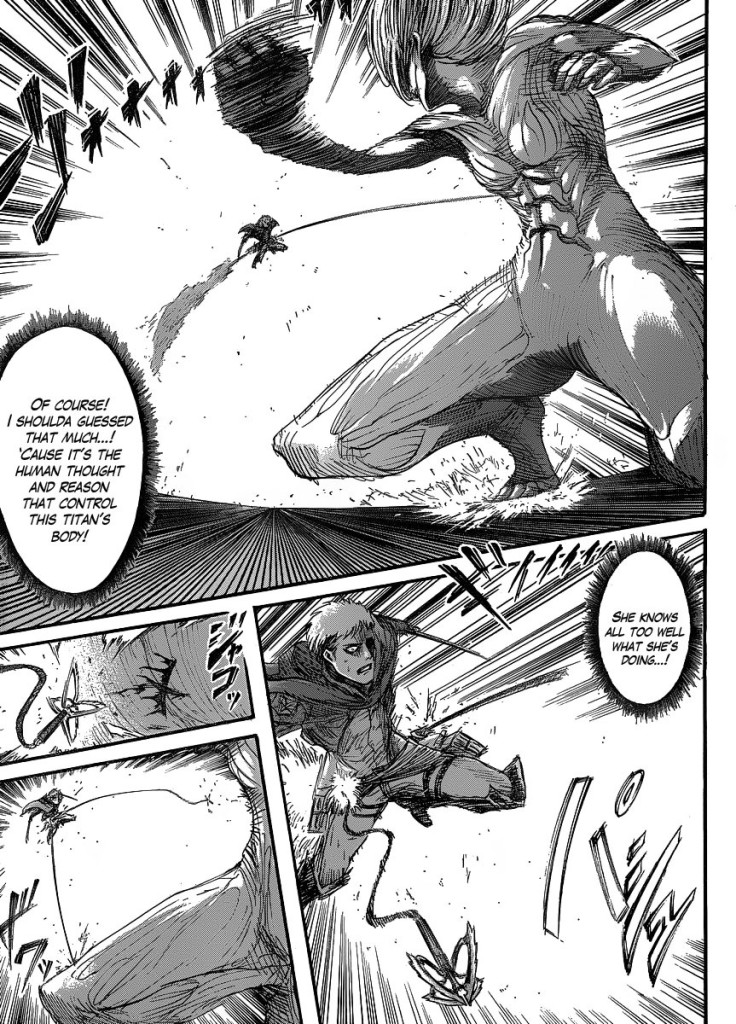 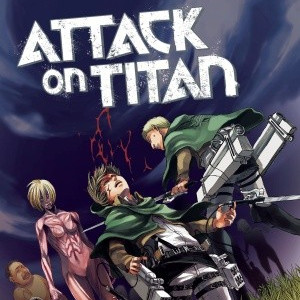