We see a broken Jessica Holman running to the Sheriff’s side- and she is devastated from the loss of her lover/co-conspirator.  One of the things the reader can determine is the question of her emotional state- is it based on a real connection with the dying Sheriff, or a realization her plot has failed and she will be arrested or killed?  And we see the judgement and mercy of Elijah Holman to walk away from killing a “defenseless” woman…

From a layout standpoint, overlapping elements again dominate the main panel with the huge hand of Elijah in the foreground, and the raw emotion Jessica shows next to a dying man… and the bottom panel, just conveys the death of the redeemed sheriff and Elijah follows the way of the lord- “love thy enemy” … this layout is still, on purpose, to convey a lack of action. Also I really worked to not add too much to the grass behind Jessica to let her figure dominate that space and to shade away from her, to highlight her emotion/face/rage/anger fill the reader as the POV comes from behind Elijah directed to her.

From a technical standpoint, move Jessica’s right hand to better effect below the Sheriff’s head, and really got more solid blacks and contouring into the mix to really keep that old school engraving look together, and build some drama with my use of lights and darks.  Really pleased with the inks to build Jessica’s emotional face, and dress texture. Also note the stipling and heavy line work under the sheriff to have the blood pool overlaid with shadows to show he is a bit lifted up by Jessica’s hand.  This was an added benefit of moving her hand- see the improvement from pencils to final inks on that one element.  It really improved the figures.  Also a slight change on the Sheriff’s right arm placement, and his left hand is now in a more natural position from the original pencils to the ink- these also really improved the page as well.

As usual- I’ve included the pencils, line work and final inked rendered page for review and analysis below. 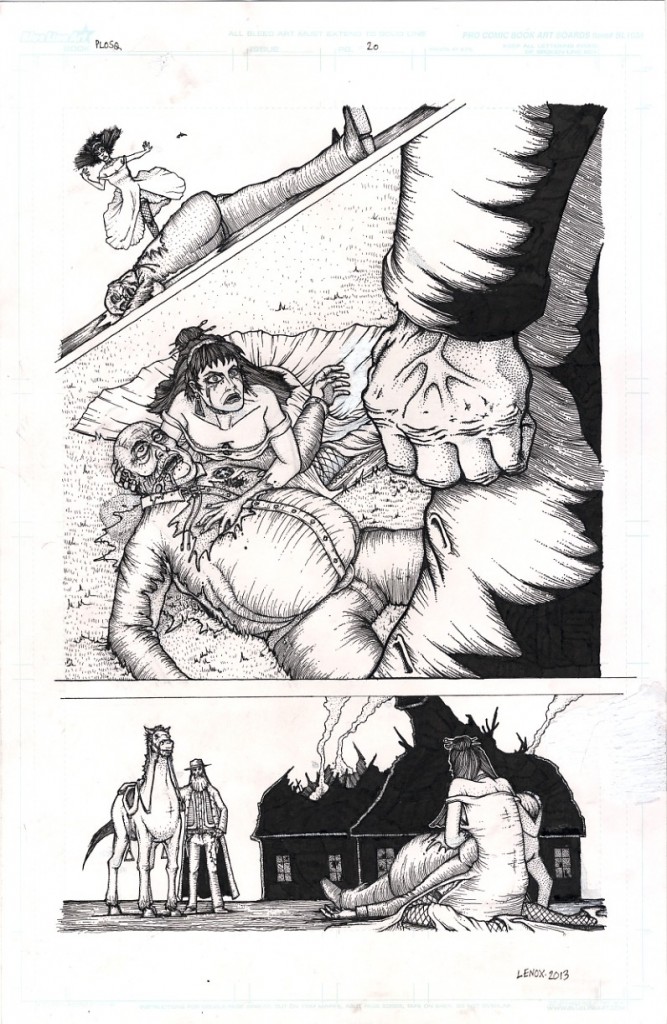 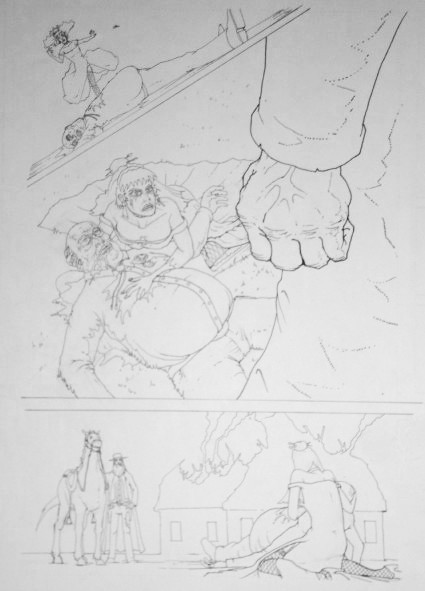 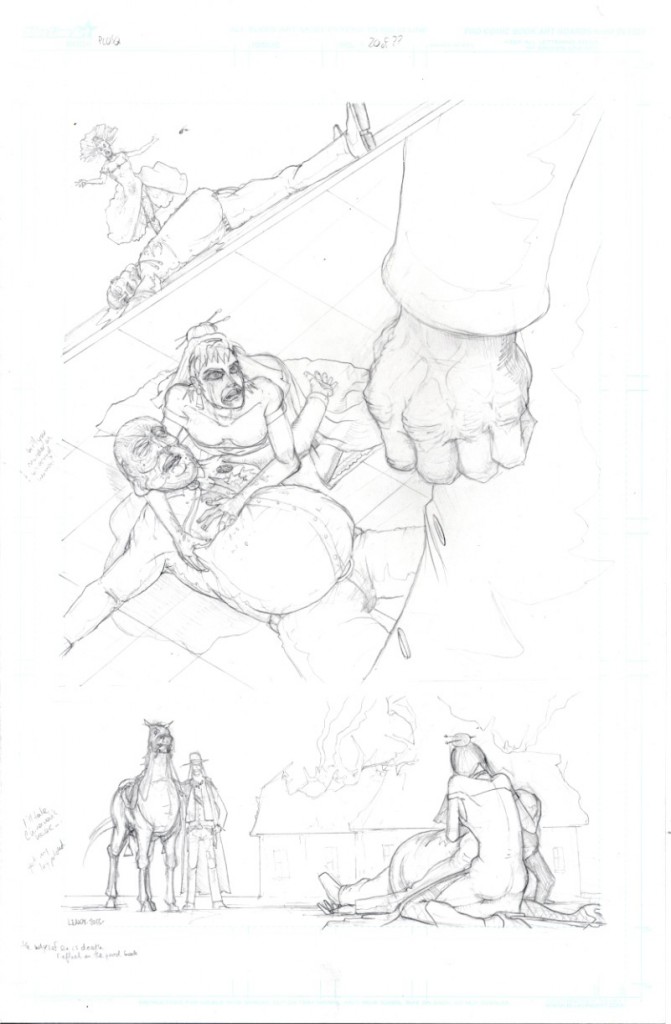