Elijah- our hero- is now out of bullets, out of friends, injured and on the ropes with an enraged and armed Jessica Belmont with the Sheriff in tow.  The two plotters  having just dispatched “El Alacran” with a shotgun blast to the back,  aren’t in a forgiving mood after telling Elijah Holman to leave town, advice he told them he couldn’t follow… murderin’s still a sin….

From a layout standpoint, this page was my pinup for Jessica and Sheriff- I wanted to give them that one nice (almost) full page to really show them off.  Also to establish that Jessica was the “Gangster Bitch” and in charge of the relationship as the dominant one, and the Sheriff was the passive one following her orders as she pulls the strings over all of San Quentin.  This is also in keeping with the reveal of her as the top villain of the story- you were never quite sure until now if it was her or the Sheriff in charge.  Also, Im keeping up the theme of Elijah’s eyes being hidden, he’s building up to something that’s been bottled up- a secret perhaps?

From a technical standpoint, I had alot of fun layering and texturing Elijah in panel #1- especially the texture on the beard and gun.  The main pinup had some fun shadowing effects with the ruined building and El Alacran’s body.  I used stipling to really build out Jessica’s dress, and had fun with the skin tones on her arms, the hair texturing, and her facial features which were a struggle to get that combo of “hot” and “psycho” on a slightly off profile point of view.  Finally I was really pleased with the Sheriff- from his hands, to folds of fat on his face to the wood and metal on his double barrel shotgun.

For me this page worked from a story telling standpoint, character establishment and as a technical piece- I’ve included the pencils, line work and final inked rendered page for review and analysis below. 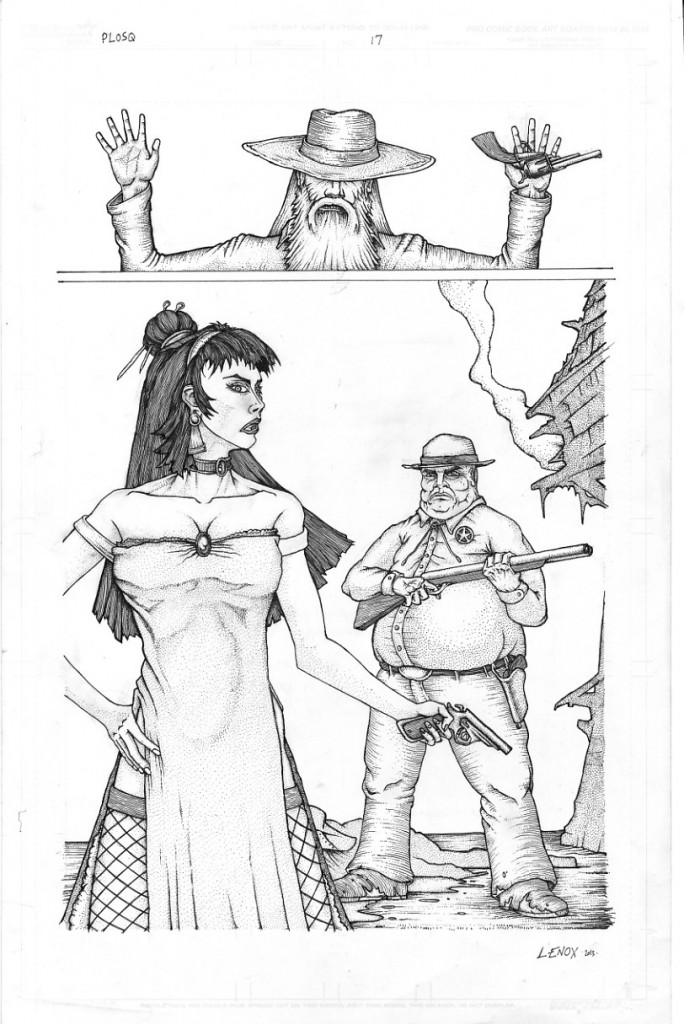 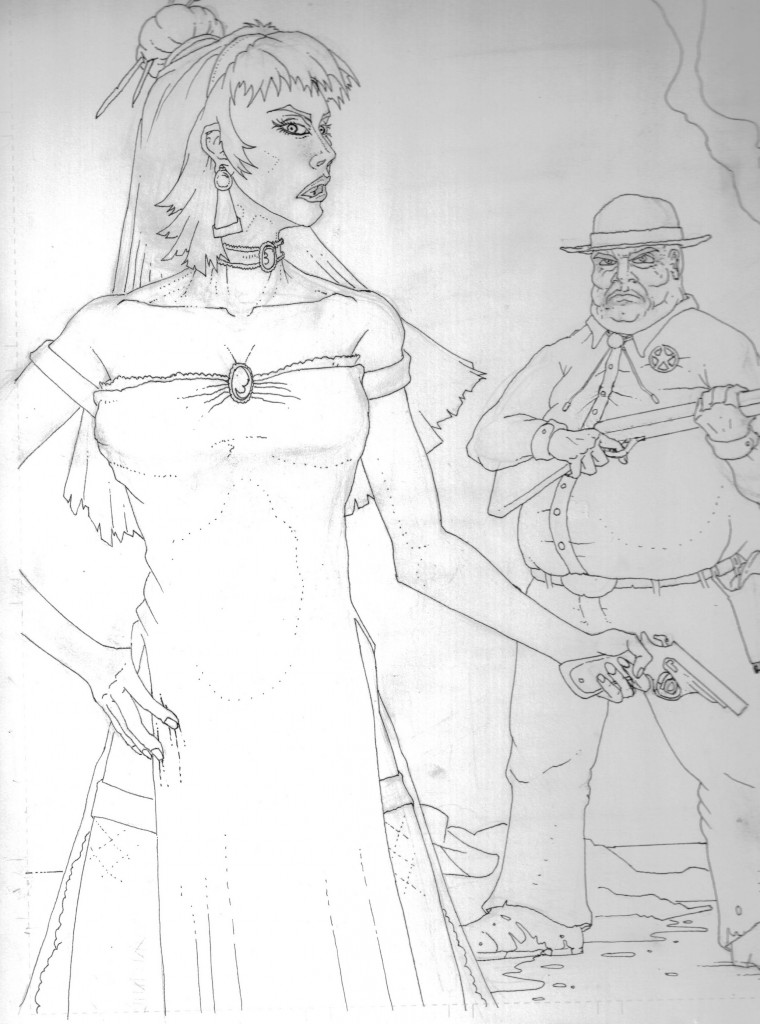 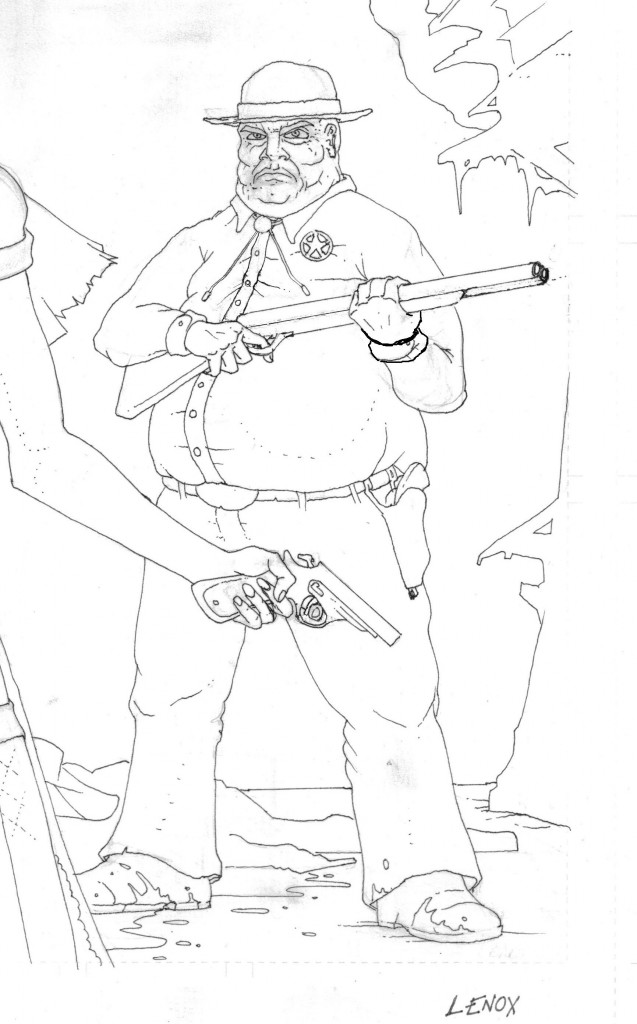 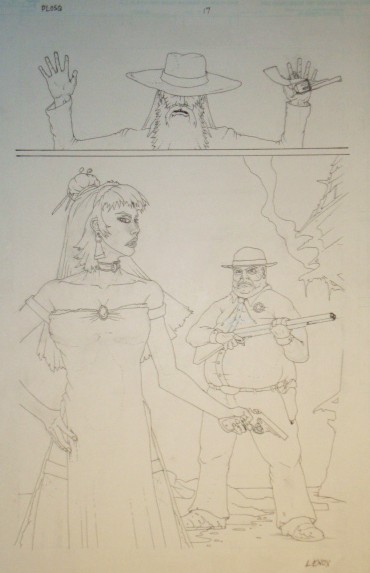 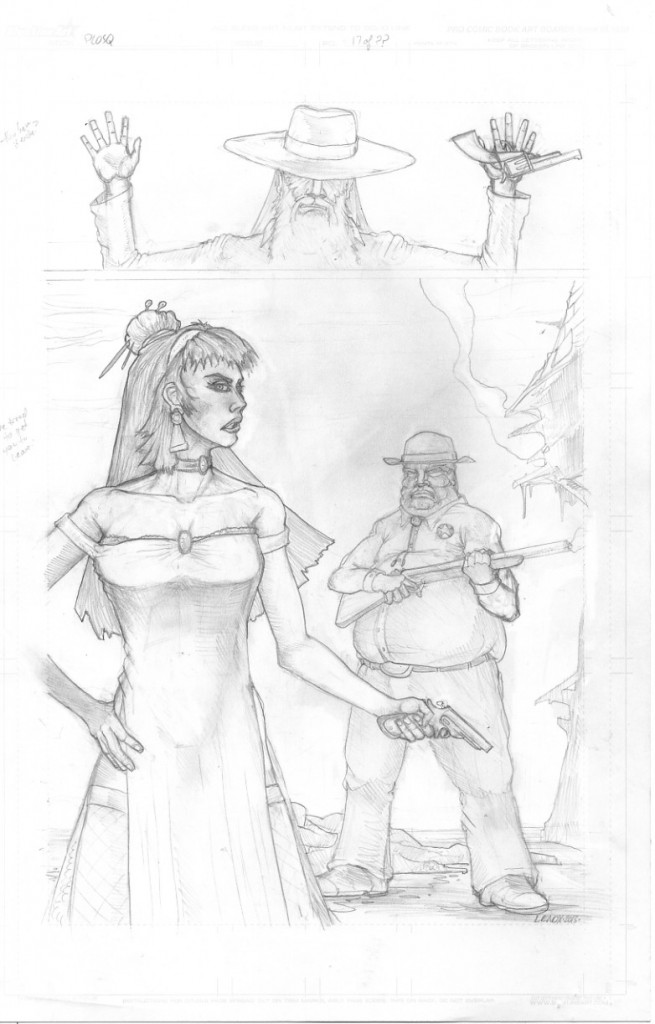