Page 15 could be described as … “LET THE BODIES HIT THE FLOOR” from Drowning Pool!  Four Dead Bandits laid out for you to see the bodies, and Chinaman finally gets the big send off with a shot in the back from “El Alacran”, showing his true villain’s nature.  The story is moving towards the third act and finale as the second act comes to a close.

Technique wise- I loved the geography of the bodies and characters in the long panning shot in panel #1 and it was fun to do the detail on the dead bodies panning back towards the horizon line, and of note is the small blades of grass I added to the ground elements- arms, dropped gun, shoes etc.

Correction-wise, Elijah’s hat got lowered which corrected an error and made him seem more “angry” so that was a big improvement, and I tweaked El Alacran in panels 2 & 3 from the pencils a tad.

Confession- I was happy to kill off Chinaman, I was SO TIRED of drawing that damn outfit I designed last summer- R.I.P Xi Chou Long, it’s been a great 9 months together! 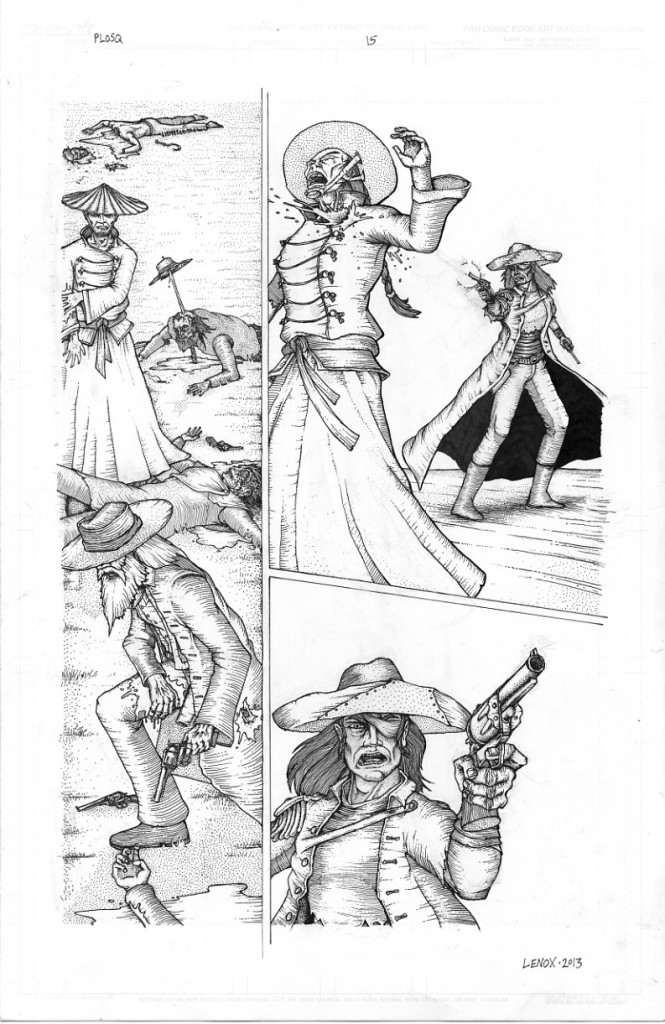 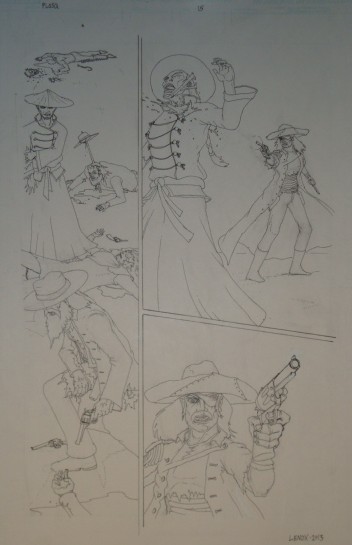 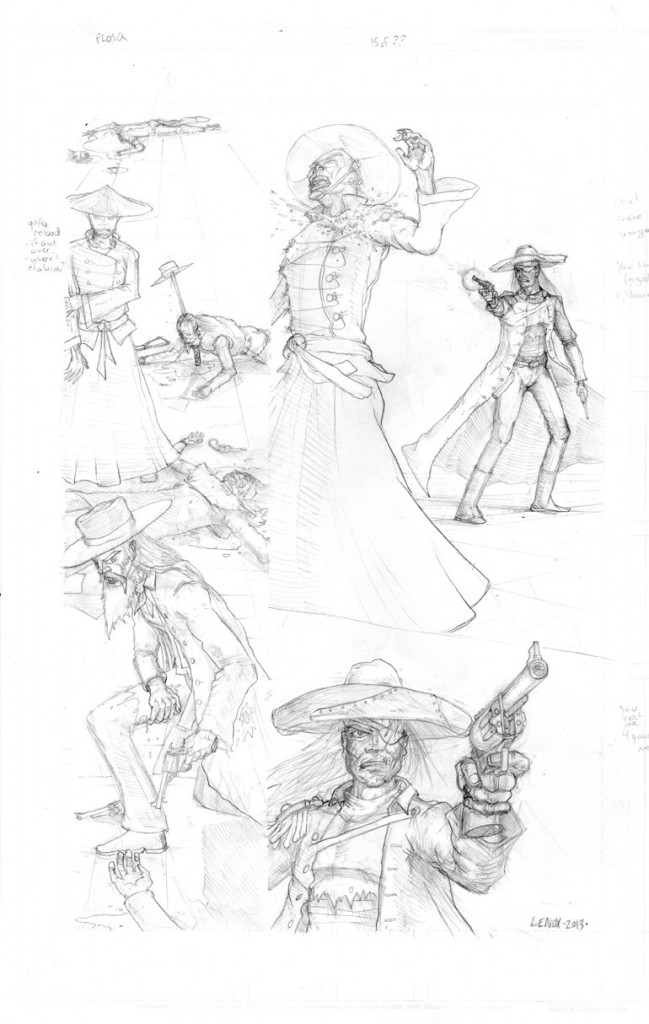