A closeup on a headless corpse and enemies united against a new common foe- the Chinaman and Elijah get ready for a showdown with 4 killers on this page.  The bottom right panel is a nod to panel 1 on page 2 of the Chinaman’s shadow as he went to the Sheriff’s office, now it is redone with it being joined bby his now ally as the goe side by side into a shootout with a sword and 2 six shooters.  Also a nice low angle closeup of El Alacran’s eyepatch side of his face. 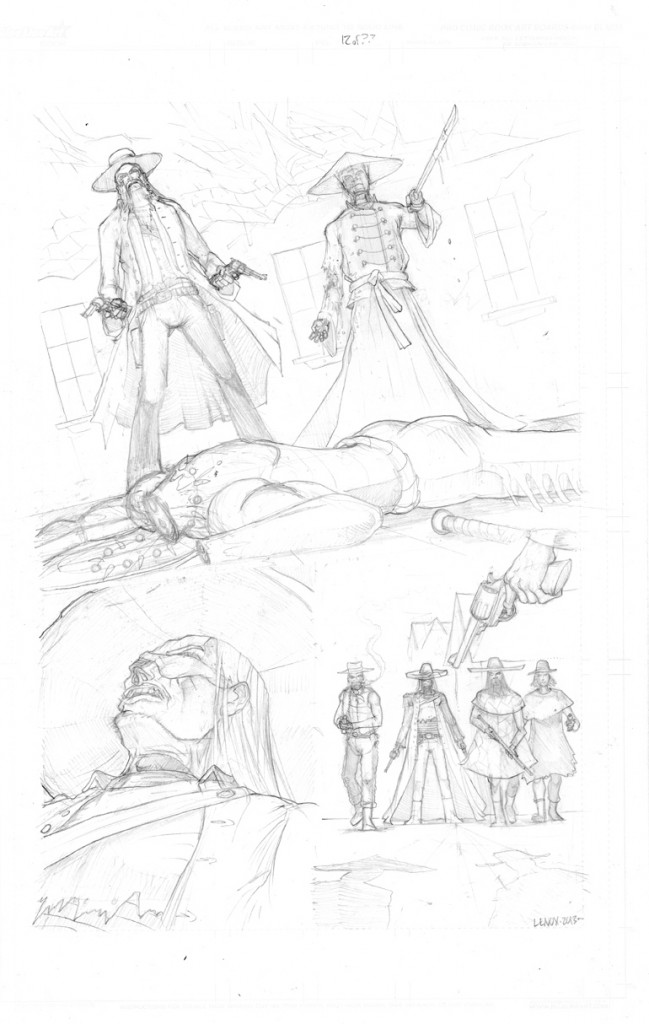