The combined image, this has been in my head for a long time, maybe a year or so when I was working on the Satanic Communion piece found here. It was great to start to really understand and bring the Lilith Demoness to life in this second piece following up on the first closeup version we saw of her in the original art in this mini-series found here.  I remember looking at the Werewolf Dommes and thinking about doing something more with the ladies in that series, initially this pose and idea was going to be one of the Were-Dommes, but then, I wanted to find out who was up the chain of command from them… this was the first image I had in mind, but the second one produced.  Keep your eyes peeled for the next two in the Lilith series! 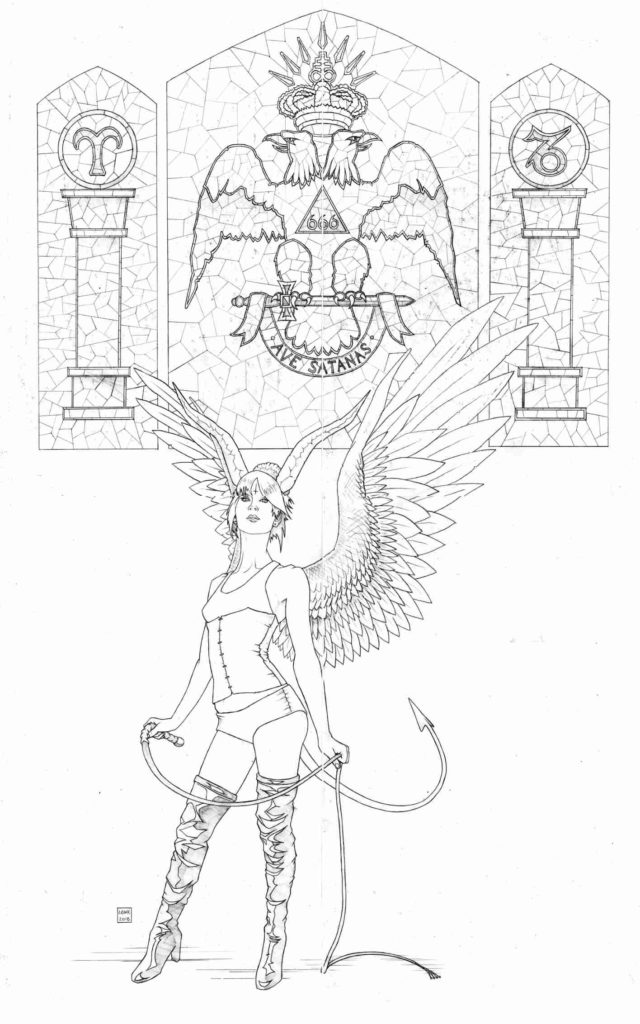