Another classic 80’s sci-fi film being adapted to a pinup- this time- I was commissioned to do THE LAST STARFIGHTER.  Taking my favorite character- the creepy ultra detailed military leader LORD KRIL as a focus, I built the layout around him.   I really loved Kril’s costume and makeup as a kid, especially his monocle, so it was really fun to work on this individual character.  The makeup people and costume designers spared no effort on this character in 1984, so I really wanted to the Armada’s Commander  some artistic justice!

To fill out the page, and show more items that fans love from the movie-I decided to have him watching the GUNSTAR on a view screen while it attacked a swarm of his “v” shaped DECK FIGHTERS- aligned in somewhat straight rows.  This way I could have a character and the iconic vehicles fighting in space at the same time.

The hardest part about this project is the simple fact that there almost no decent photo/prop reference at all. I had to spend extra time doing research online and freeze framing my DVD to capture the extreme details of the costume and equipment specifications to get my artwork as close to accurate as possible.

I always want to make an unique composition and not just “copy a still shot” from the film, while at the same time being very accurate with the exact details & specifications from an existing media property.  Overall, I was happy that I was able to achieve both goals while paying respect to the property I loved as a kid while making an original piece of artwork that was loyal to the film, but something new for fans to enjoy on it’s own merit.

Ok true believers- time to suit up, and join the Star League to protect the frontier against Xur and the Ko-Dan armada!! 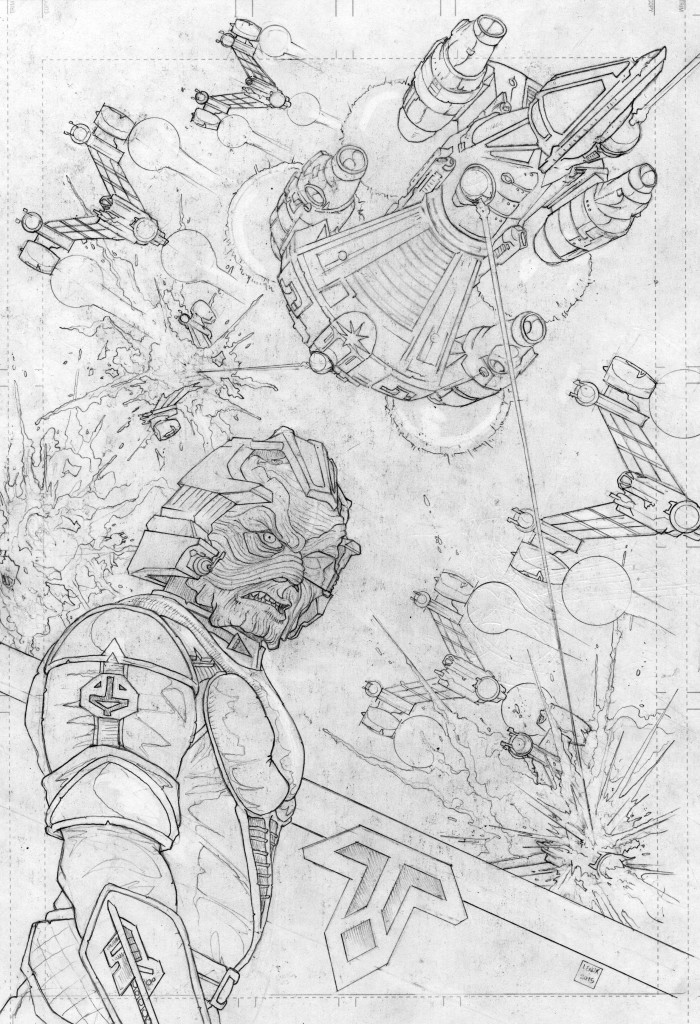