Another exciting foray into Greek Mythology, this time- one of my favorite creatures- The Dragon, Lion, Goat headed Chimera!  In addition, bat wings and a snake for a tail.  This project was exciting to make, and it played to one of my strengths- exotic creatures!

The mini Greek Temple in the background was just to balance the composition and to give a cultural touchstone to the artwork.

From Wikipedia: The Chimera (/kɨˈmɪərə/ or /kaɪˈmɪərə/, also Chimaera (Chimæra); Greek: Χίμαιρα, Chímaira) was, according to Greek mythology, a monstrous fire-breathing hybrid creature of Lycia in Asia Minor, composed of the parts of more than one animal. Usually depicted as a lion, with the head of a goat arising from its back, and a tail that might end with a snake’s head,[1] the Chimera was one of the offspring of Typhon and Echidna and a sibling of such monsters as Cerberus and the Lernaean Hydra. 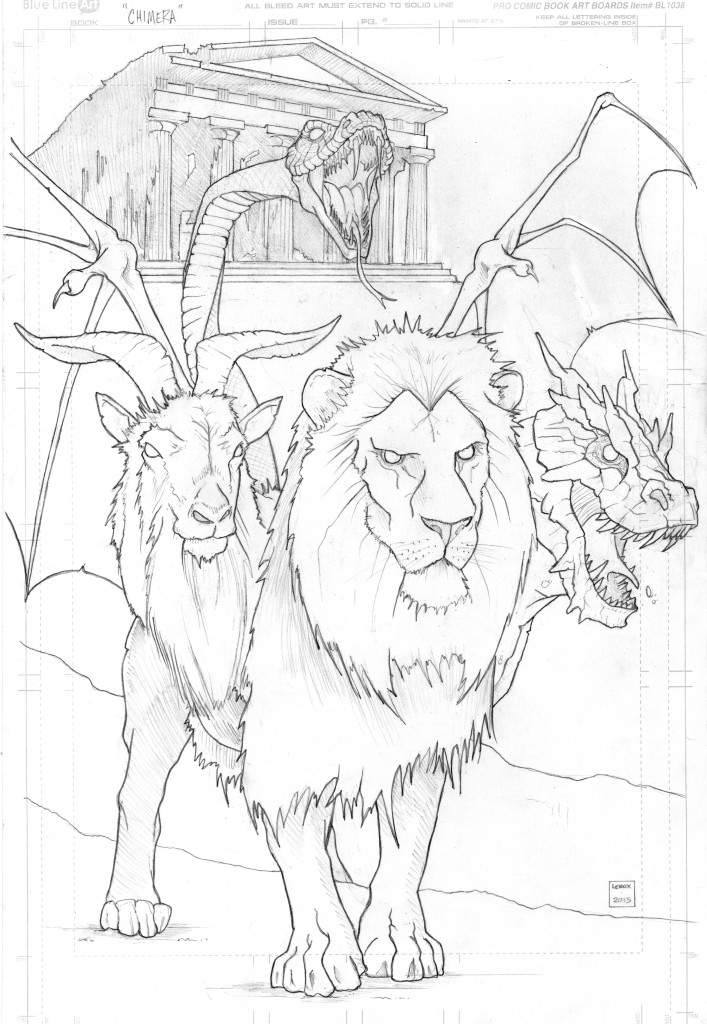