LORDS OF THE COSMOS: Disciples of Umex Pinup #2 – Pencils

The Villains of LORDS OF THE COSMOS in their second pinup- the pencils were wrapped on this last night, so it’s exciting to share since Bonesaw entered my unconscious mind in 2013.

“THE DISCIPLES OF UMEX”

BONESAW leads the vile BELCHOR, the treacherous SILT STALKER and the mental powers of MINDOZER against the heroes of the planet Aiden!

As I flesh out these characters, I made some rough outlines for Bonesaw, as well as a sketch from months ago, this led to the main part of the composition- the living saw man.  And in the spirit of the other two Lords of the Cosmos Pinup, I placed other characters going from side to side- Belchor in the background, Mindozer in the foreground and Silt Stalker just weaving around to really build depth- a fun piece to compose and pencil- so  I will enjoy this for a minute- and them move on to the next Lords of the Cosmos page/pinup/character study!

Below are the original 2013 Bonesaw Sketch (which I think I did at a meeting at work based on the paper it is on!), character study of Bonesaw and Mindozer,  and final pencils for this artwork. 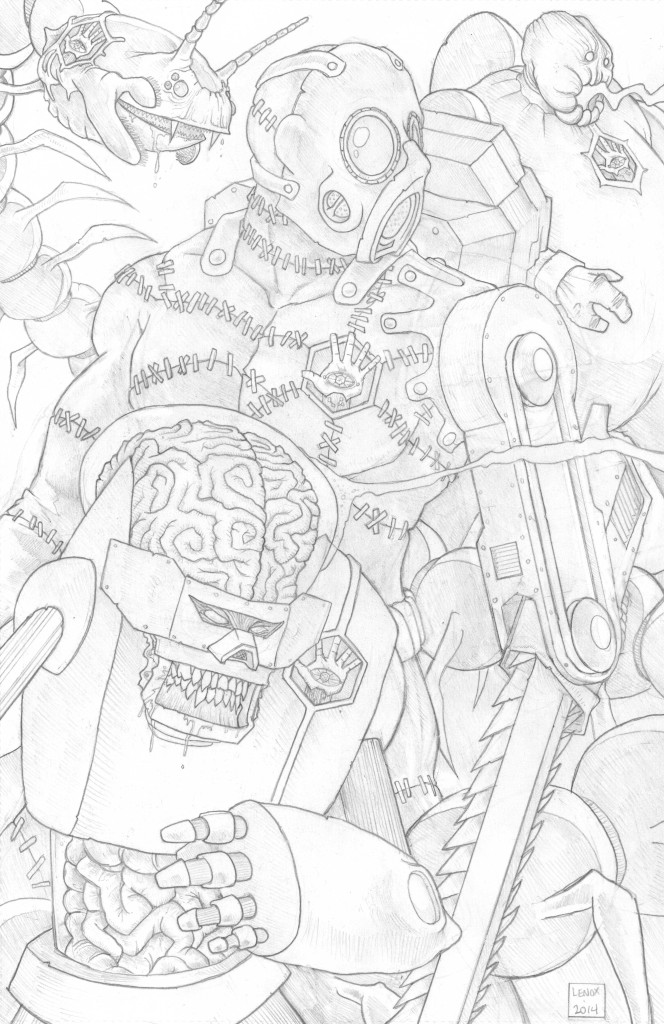 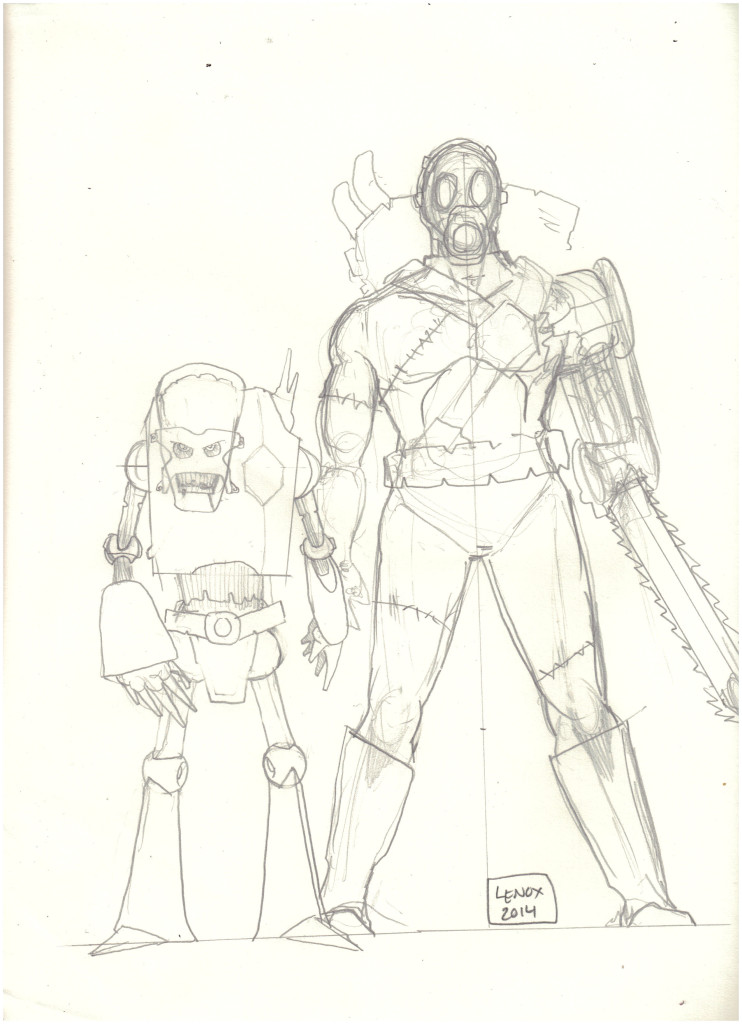 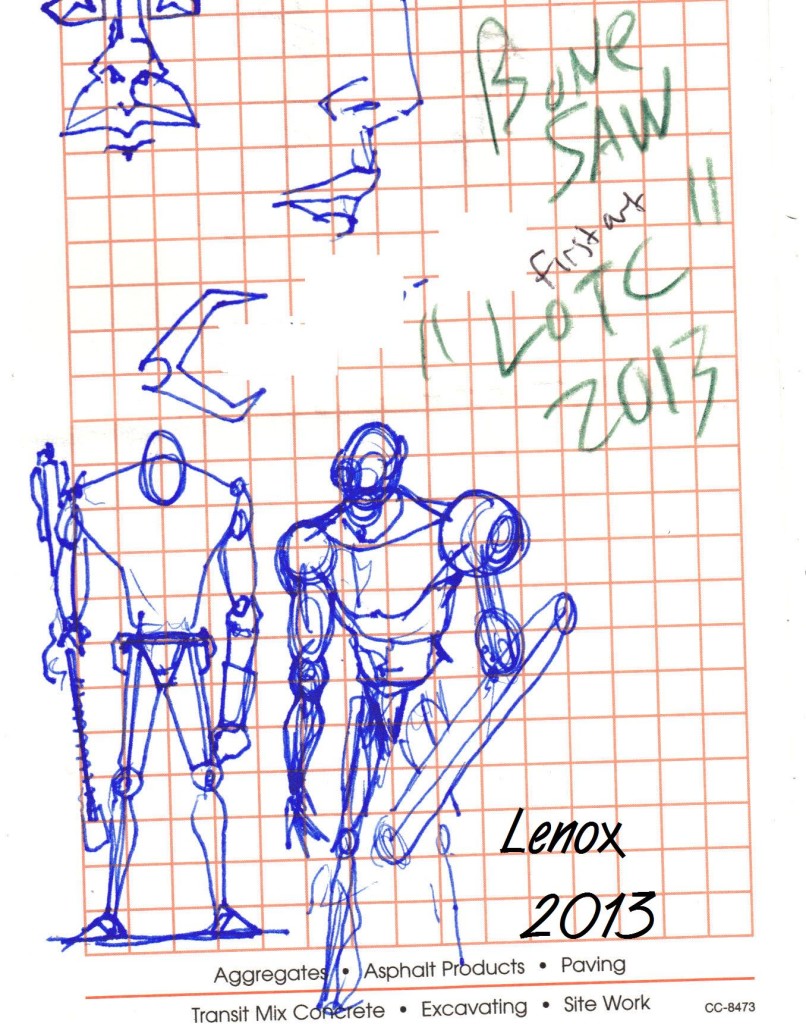