Home / Lords of the Cosmos / Pencil Work / LORDS OF THE COSMOS: “Disciples of Umex” Logo – Pencils

LORDS OF THE COSMOS: “Disciples of Umex” Logo – Pencils

The first piece of graphic design for my new project “LORDS OF THE COSMOS”. This is the logo for the Villains- the “Disciples of Umex”

A Mechanical Hand covered in artificial skin, with a vast mechanical eye staring outwards outlined by a hexagon.

This is the symbol of the Terrorist Army which is led by their Master: the Biological and Mechanical Terror known only as “Lord Umex”.

The logo could be worn as jewelry, branded into skin, carved into stone, or engraved on metal armor in his army of bio-mechanical/magic wielding/whip carrying/monstrous soldiers. The people of the Planet Aiden view this symbol with abject horror in my upcoming story as the back story of this group of “divine evil” brings havoc to the civilian population.

As a project visual architect, getting the logo and basic design down first is important when world building, Dennis Fallon and Jason Palmatier have been working on the character bible and scripts for about 7 months now, so I am getting started up (or caught up) on the art chores to bring the story of “LORDS OF THE COSMOS” to life- keep an eye out for more artwork and updates as I get time to create them! 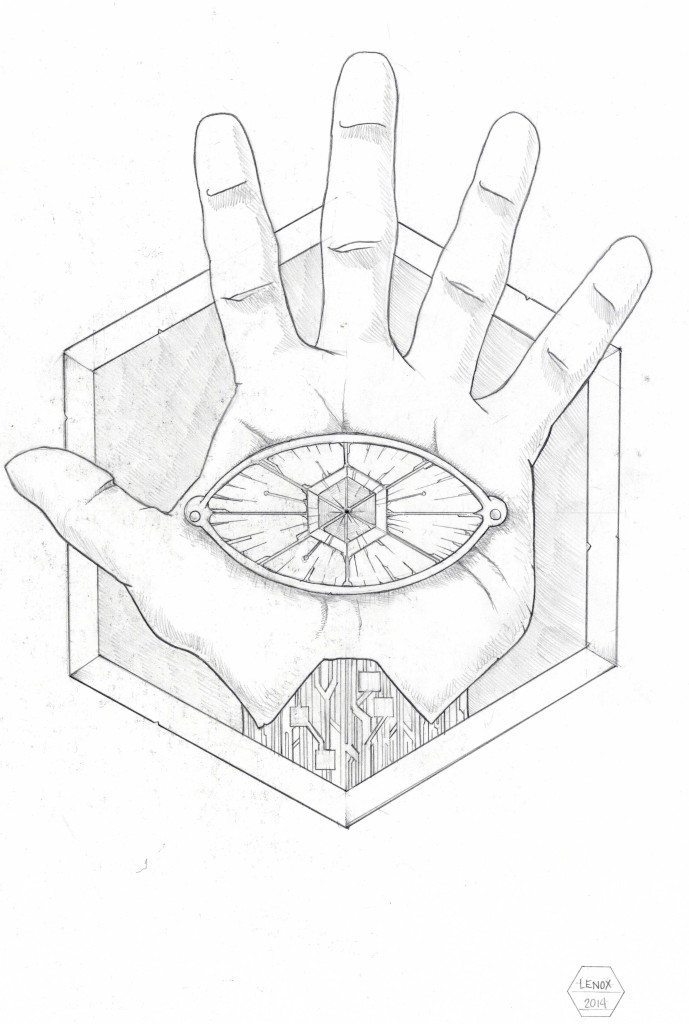