So the Aliens/Colonial Marine project comes to a close- and I think I threw out my ALIENS rants and raves in my pencil post here, so I’ll focus on what challenges the inks brought me as I brought this piece to completion this week.

#1- I had to correct the 2 pt perspective on the UA571-C gun and 1 pt on the hallway in relationship to the hexagonal wall system, it was incorrect in the pencil stage.

#2- The Aliens “Blackness” I had them too black and used some white paint to rebuild some contrasts in the overlapping black on black areas. Then inked over them to bring them back to a more stippled gradation to match the rest of the inked rendering.  The Aliens are dark creatures in dark spaces, so it was a tight balance to bring to a proper level with the Aliens unique look and style in a low lighting environment.

#3- The spinning emergency lights (in every Aliens film) they were a bugger to get “right” in the inking process.

#4- the pipes and wires in the background- ugh, so cool to see, but so annoying to do!

Overall, I think this artwork ended up being the Aliens artwork that I wanted to see, and I have not encountered as an Aliens fan.  I geeked out on the final product, which is just a fun place to be as a creator and fan simultaneously to generate the content you want to see.  I look forward to seeing the response from others as this piece gets out to the public. 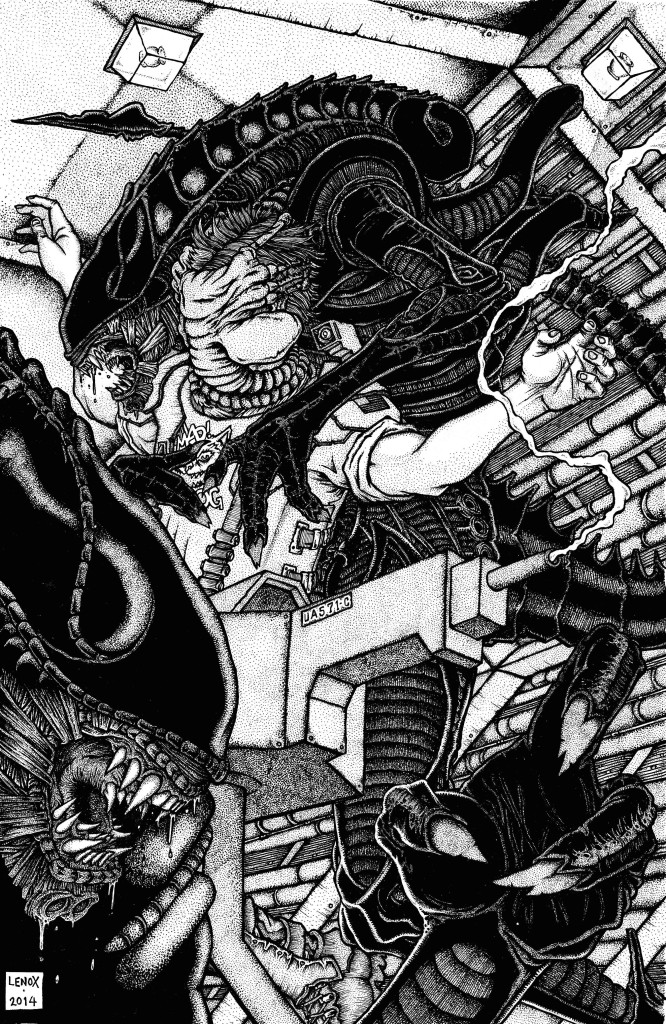