Page 12- Changes Changes Changes– from the Chinaman in panel #2 being almost totally changed to Elijan next to him being signifigantly altered…  At least the decapitated Injun is still in the front row!  This page was a tough one- part of using odd angles (like panel two- ugh!) to have unique visuals makes getting it all right that much tougher, but this page turned out well all the same when the inks dried! And I used a large black area in panel two on the bottom of El Alacran’s sombrero- which for me is uncharacteristic on a character, but this worked for some unknown reason. I just love the showdown in panel 3 being foreshadowed- now this was also a nod to page #2, panel 1 (see single panel below final inked page)- where Chinaman’s shadow is alone 10 pages earlier, now he is teamed up with his former enemy, Elijah Holman- thus two shadows, and a different (armed!) hand in the top foreground of Elijah shows that the new unlikely partners are ready for some deadly action with El Alacran’s band of killers! 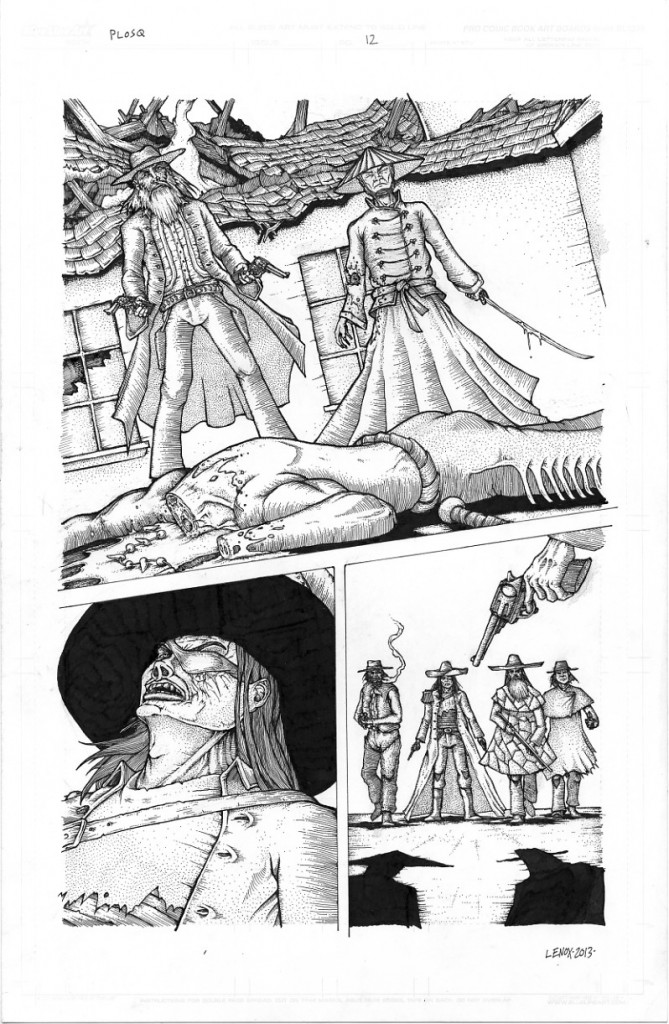 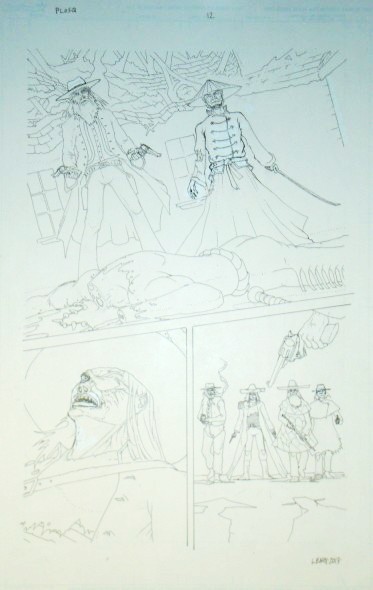 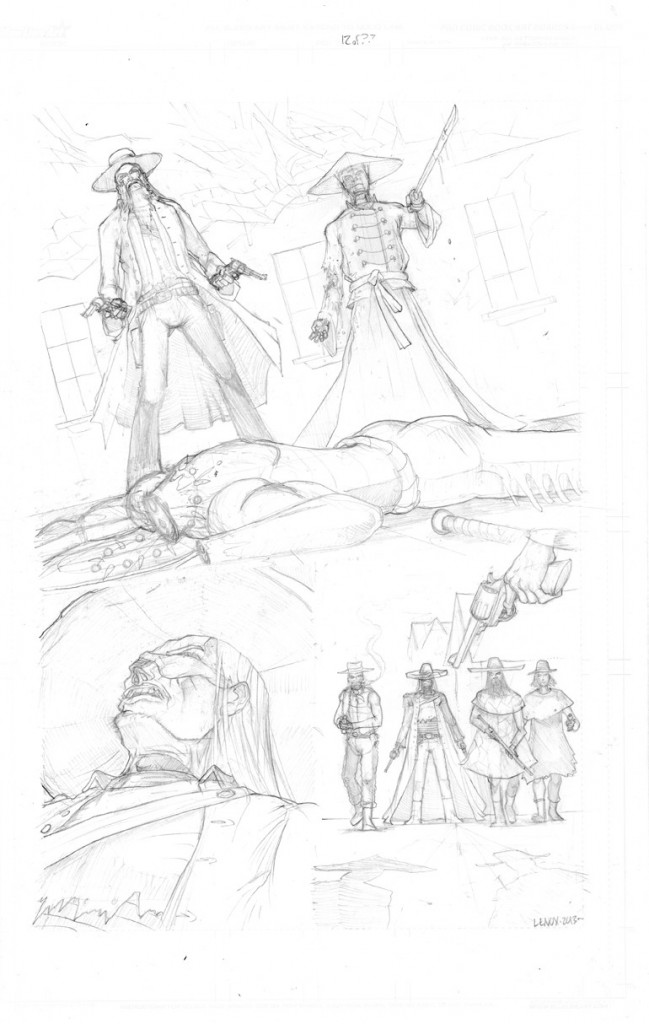