Page 5 is now 100% inked- with changes on 2 of 4 of the panels.  Panels 1 & 2 were originally to close out the flashback by showing Elijah looking at Jessica while passing out- this received some fairly constant criticism as a storytelling device that didnt work.  Local author Abby Assetto pointed out that in the later parts of the story- we see an emotional response from Jessica about the Sheriff getting hurt/killed and that we never established a romantic emotional relationship with them, so I killed two birds with one stone- eliminating the two “eye closing” panels and adding two new ones to show a sexual relationship with Sheriff and Jessica, and also the type of relationship- combined with the hit to the head, and Elijah thinking Sheriff would help at the burning building he now sees that the power behind the Sheriff pulling his strings is Jessica… this is a mini-reveal, Elijah thought he was good- and symbolically, the hands are digging into him like a spider…. while also giving evidence of a physical intimate relationship.  It just worked- thanks Abby.  The last two panels had that great old time engraving look are a great segueway into page 6- the shooting pinup!

Below is the final page- the non shaded inks, the corrected pencilled panels and original pencils. 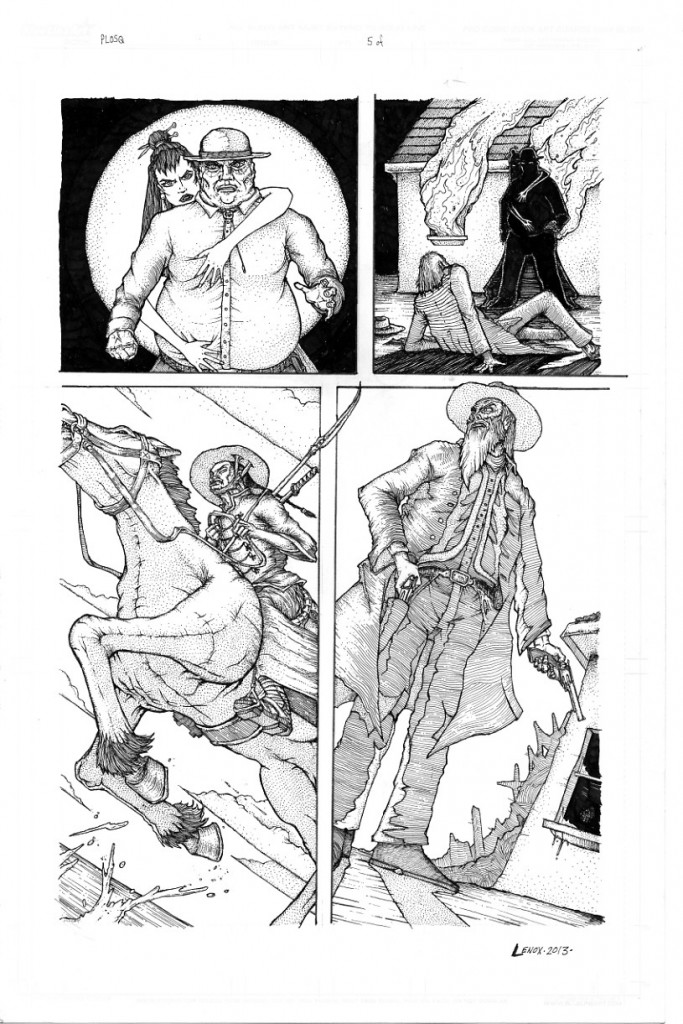 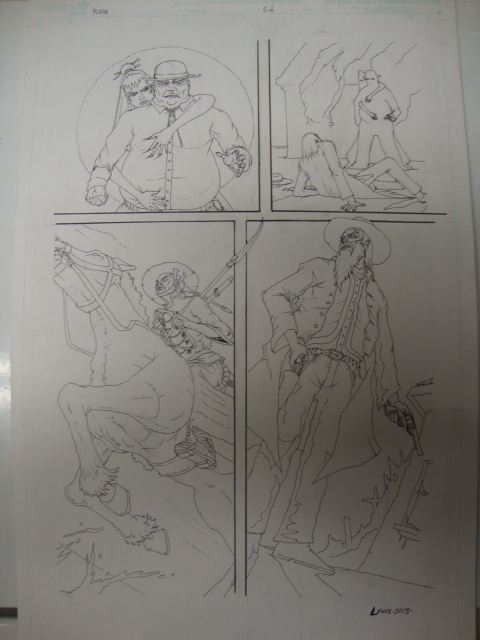 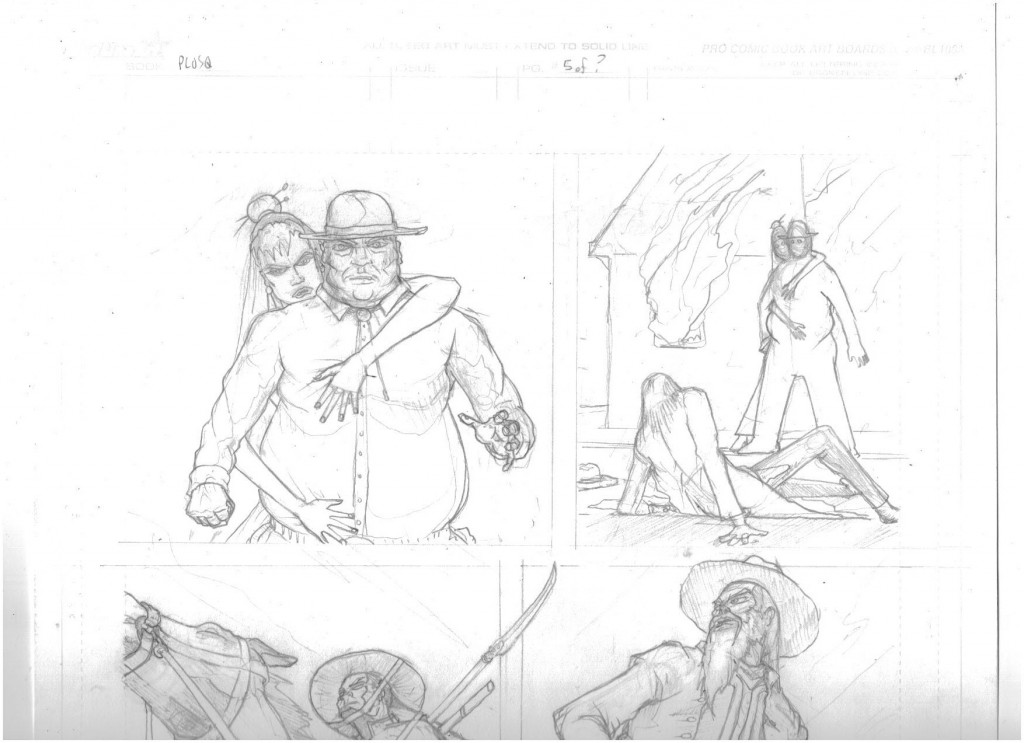 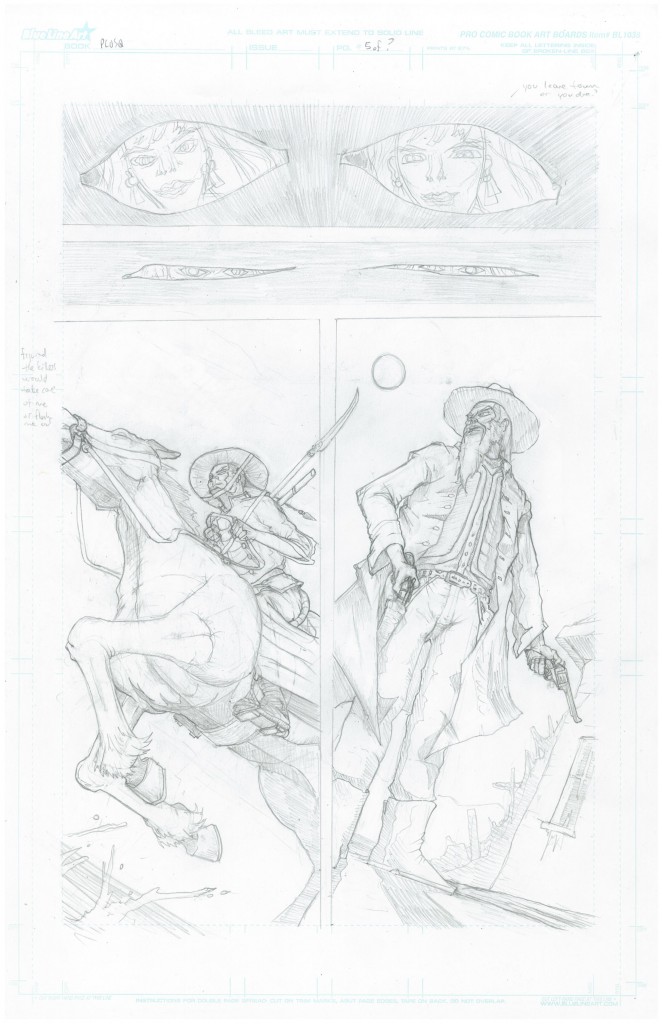