Some shameless self promotion to get the word out about my NOW FOR SALE Art Book- check out the awesome cover jam by lights out David Paul using his lettering and my artwork!

I present to you- the official press release!

Jason Lenox Unleashes Access to his Works in: ‘The Art of Jason Lenox, Collection 1’

State College, PA – (November 27, 2012) — Jason Lenox, a freelance illustrator, has put together his first art book: ‘The Art of Jason Lenox, Collection 1’.   The pieces were selected by Jason Lenox himself and is a representation of the past two years of his artistic journey -combining comic art, concept art, role-playing game art, and pinups. Some of the pages are new pieces created for the book, and some are never before seen personal projects he is now ready to share with fans and collectors for the first time. ‘The Art of Jason Lenox’ is a mix of color and black and white illustrations throughout the 32 pages, quotes from the last year of reviews and press, and a new forward written by author David Paul.  ‘The Art of Jason Lenox, Collection 1’ offers insight and a behind the scenes look into Jason’s creative process with his exotic, sexy and violent projects. The book and Jason’s artwork  are available for purchase online at www.jasonlenox.com/online-store.

Jason Lenox is a freelance artist who resides in State College, Pennsylvania. Lenox specializes in india ink illustrations and sequential artwork. He also creates original comic books with his collaborators at ‘Ugli Studios’- www.thisugli.com. Lenox has done pinups for Viper Comics, The Aizan Demo project, Wyrlwynd’s Kantara Comic and was featured at the 2012 New York Comic Convention with a story published in Gray Haven Publishing’s Dark Anthology. In addition to his comic and freelance illustrations, Lenox currently serves on staff at The Central Pennsylvania Art Alliance, teaching sequential arts. Jason released his first full length color comic book, ‘UGLI Studios Presents #1′ in May of 2012. Visit www.jasonlenox.com to learn more and purchase his artwork. 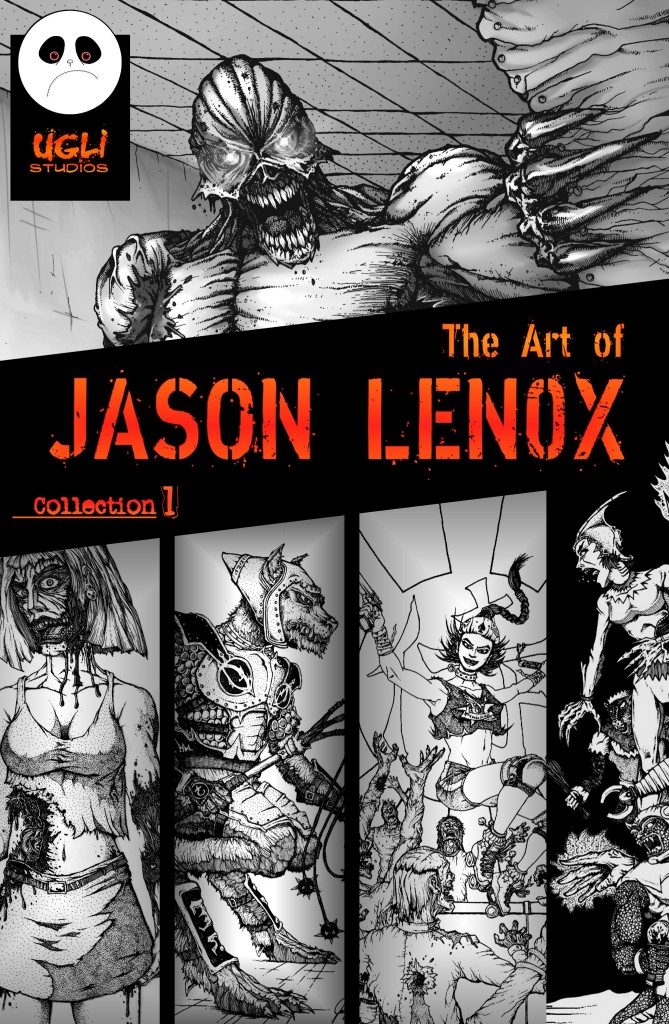