One of the greatest OVA’s of All time from the late 80’s early 90’s- BUBBLEGUM CRISIS! Quick synopsis… Fetish Armored Girls fighting Terminator like robots with cool weapons…  does it get better than that?  I really wanted to get some original poses and cool angles to make the kinetic action from the show come to life in 2d board- and this piece really hit it after a few aborted tries. I love Priss in this flipped spread eagle pose and the close up Boomer from Ep. 1 “Tinsel City Rhapsody” with the gatling gun being absorbed into it’s arm just hits that Boomer look of menace that we loved on VHS when I first discovered it in 1992- hoping to get this inked soon in time to sell at Setsucon! The character models for Priss and Boomer Androids (original design by Art God – Kenichi Sonada) are below my pencil work- I wanted to get the characters as accurate as possible, but use no poses from the show or any other BGC art that was out there so I got the model sheets and ran with it and tried to avoid the great art that is out there to maximize my original vision of this incredible animation that I still love to this day 20 years later.  Enjoy Anime fans- this is my first Anime based work- and as the Knight Sabers (the cute armored girls) say on the show- SANJO!! 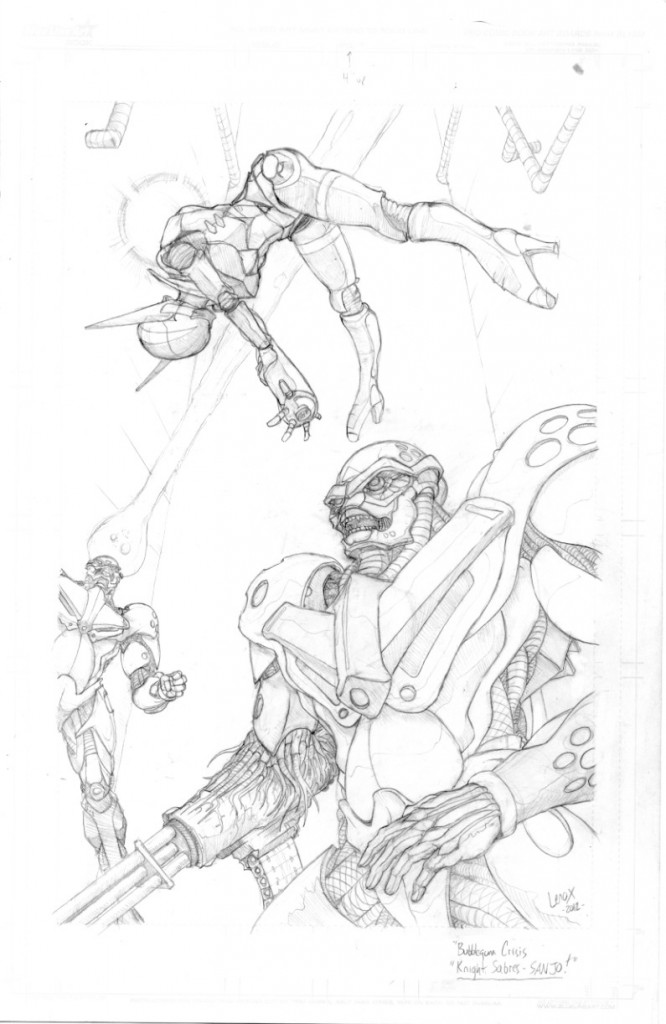 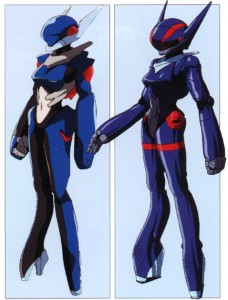