“A Once Crowded Sky” -Character Pinup- THE SURVIVOR- Final Inks

The final inked version of the character “Survivor” from the Tom King Novel- A Once Crowded Sky .   I tried to use more solid blacks for the Nazi uniform as well as the Roman General armor, I think that the bold blacks really made the sides of the image pop out.  Also the final effect of the Tryptych turned out well if you cover up the sides of the piece to break out the indivual  elements of it- sort of like a classic MAD MAGAZINE “fold in”. 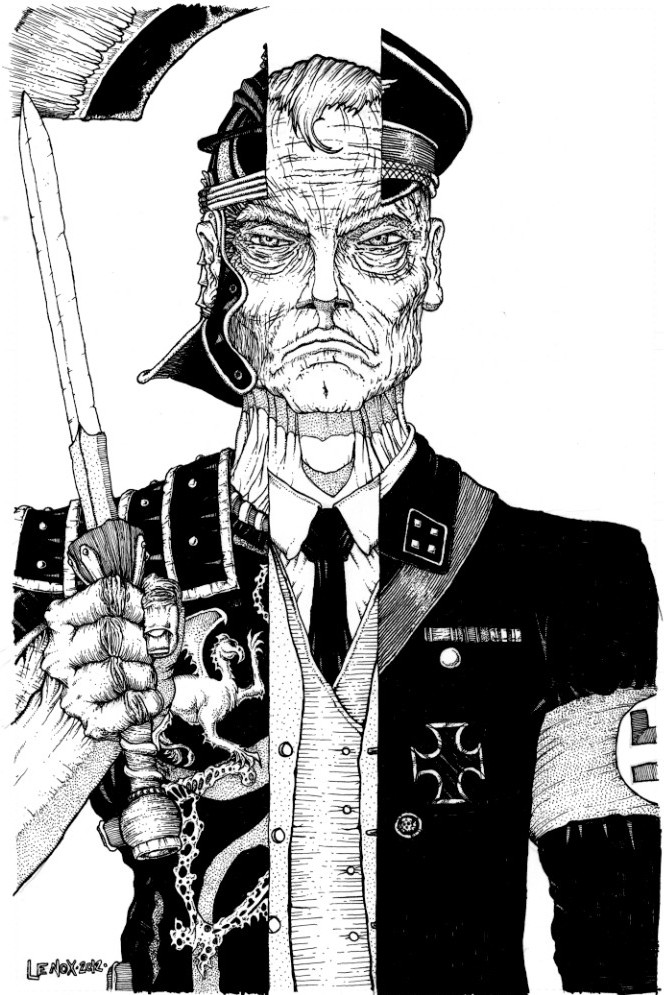