The Zombie Apocalypse- yeah, it’s played out now, and getting really old and cliched- fast.  But some of my close friends at the Vandalettes of Vero Beach Womens Flat Track Roller Derby Team really really wanted me to make a poster- with you guessed it- the Zombie Apocalypse.  “Cute Girl Fighting Zombies” they said.  Ok, so I tricked it out with some nods to  1985’s “Day of the Dead” some 80’s pop culture imagery (I’m having visions of “Big Trouble in Little China” and “Blade Runner”) by throwing in the Rising Sun in the background- for no good reason.  Then I decided to make this go totally Japanese Exploitation/ KILL BILL by adding the big Kanji Symbol for “Samurai” in the background and giving the roller girl a katana- for no good reason.  I’m sensing we will color this with pastels and neon to trick it out like it’s all from 1985 or walking off the set of “Miami Vice” like it’s Friday Night on NBC in 1984- for no good reason.  All that being said, this layout for a poster just pops to the eyes, and yes I’m pimping myself that hard in this post.   I really worked to get the anatomy and pose just right down to the pom poms on the socks to really make our Caucasian Samurai Girl fighting Zombies look as real and dynamic as it comes (sketch studies included), with all apologies to Beatrix Kiddo…. And this is my pop culture kitsch piece of 2012 via the 80’s… I give you….”Not Another Zombie Apocalypse!” 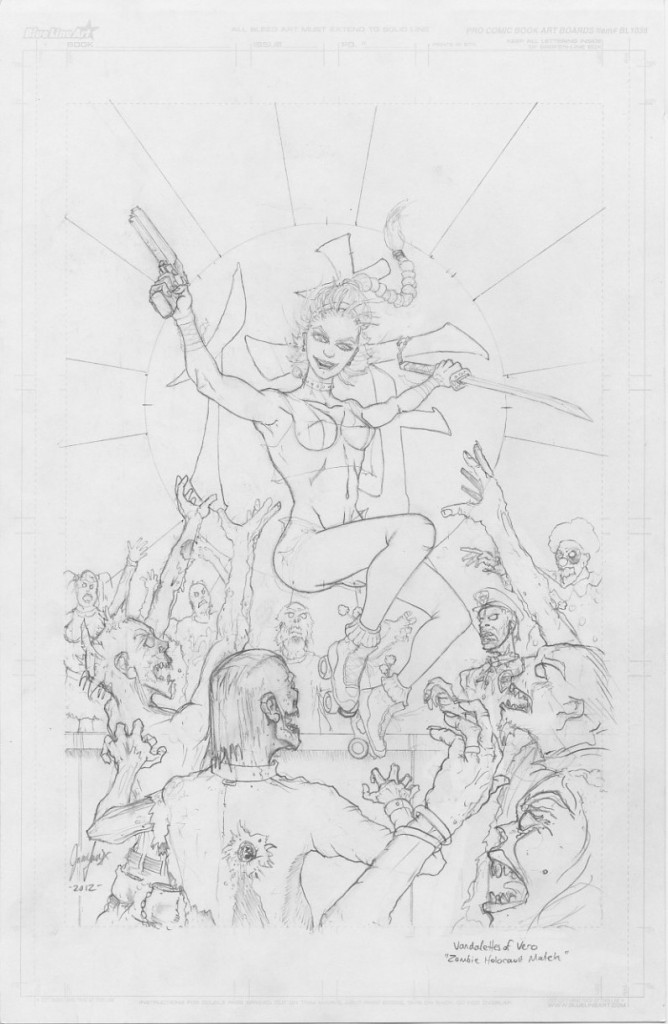 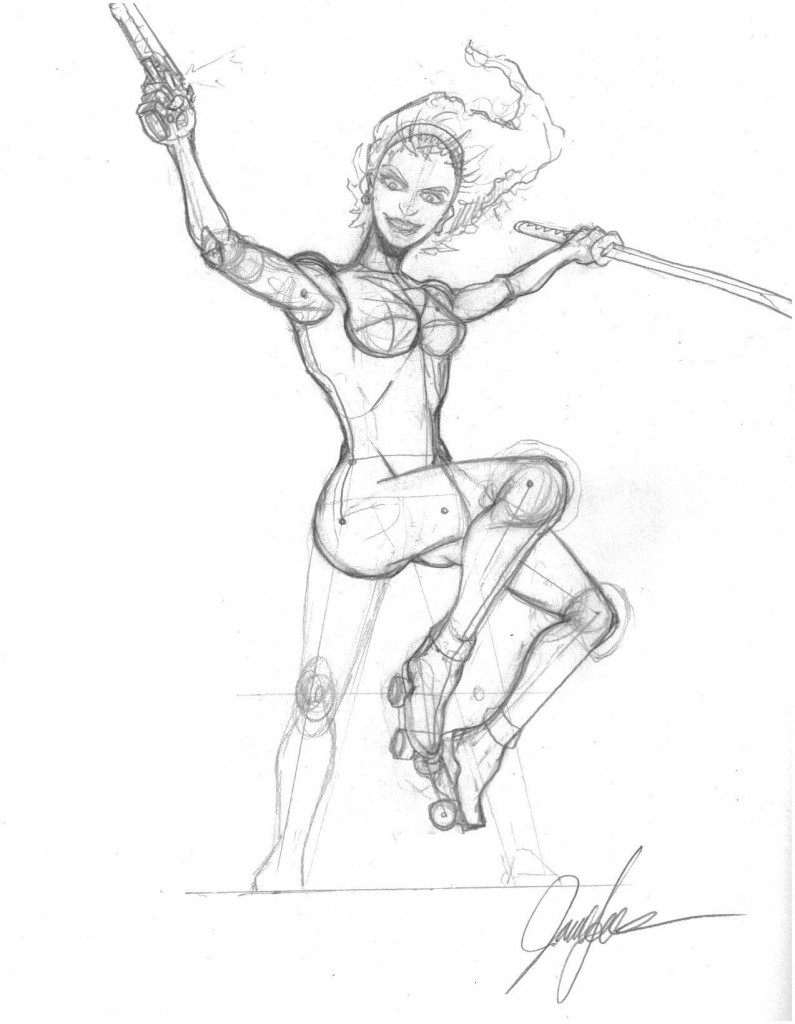 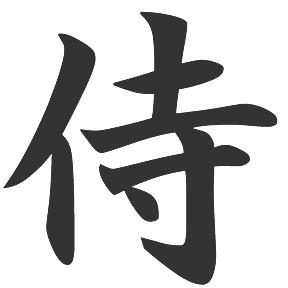