THUNDARR the BARBARIAN : The Poster

My 6 month journey to bring THUNDARR the BARBARIAN to life as a poster with multiple characters from the classic 80’s cartoon is complete- with some great digital editing from Kristen at JARU and some sweet retro lettering from the Prince Of All Lettering- David Paul- this thing looks like it jumped out from a  dark and twisted future world… I present to you, my tribute to this classic from yesteryear!

The year, 1994. From out of space, comes a runaway planet, hurtling between the Earth and the moon, unleashing cosmic destruction. Man’s civilization is cast in ruin. Two thousand years later, Earth is reborn. A strange new world rises from the old. A world of savagery, super-science, and sorcery. But one man bursts his bonds to fight for justice. With his companions, Ookla the Mok and Princess Ariel, he pits his strength, his courage, and his fabulous Sunsword, against the forces of evil. He is Thundarr, the Barbarian! 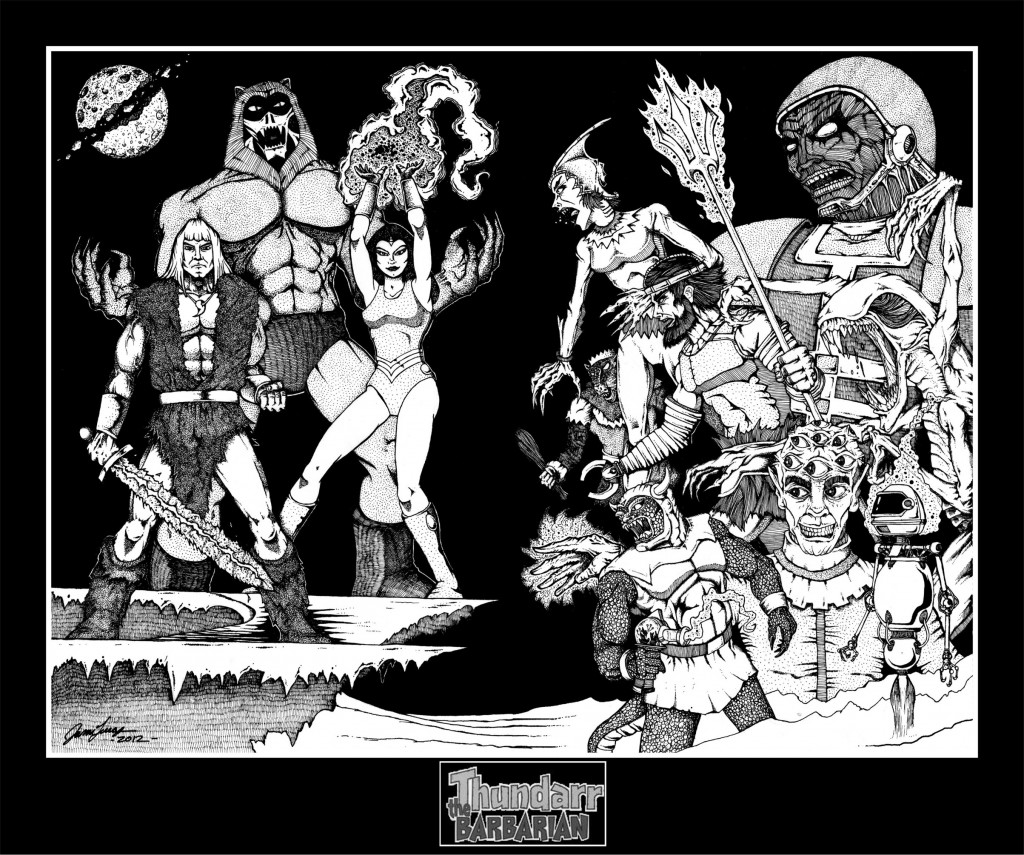